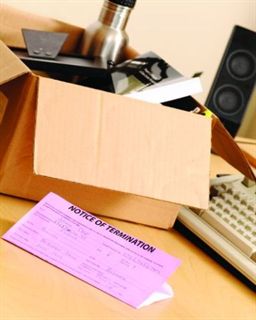 Not only did the Hyundai Assurance program stand out as one of 2009’s most successful marketing campaigns, but it epitomized the challenges the industry faced last year. Its successful run has left many wondering why job-loss protection has yet to become a staple on F&I menus. The reason dates back to the beginning of F&I, while the solution may rest with the industry’s efforts to remove products like GAP from insurance regulations.

It was a banner year for Hyundai. Not only did its complimentary job-loss, vehicle-return program (Hyundai Assurance) spur traffic at its dealerships at a time when car buyers were scarce, but the company’s Genesis model earned North American Car of the Year at the 2009 Detroit auto show. Hyundai’s revolutionary job-loss protection program offered one promise: If the owner of a new Hyundai lost his or her job, he or she could return the vehicle to the dealership and walk away from both the vehicle and its associated debt.

Most purchasers were intrigued by the understated TV commercials. The ads conveyed true concern for the plight of consumers and drew even those who had never considered a Hyundai before. However, once vehicle owners clearly understood the protection, some of the appeal was lost. At the heart of their concerns was that in order to take advantage of the program, buyers had to walk away from their vehicles. But while this realization dampened some of the enthusiasm, it was clear how meaningful job-loss protection was. Hyundai and other brands followed up on this buyer concern by providing pink-slip payment protection plans.

The source of Hyundai’s revolutionary program was WALKAWAY, which introduced its program in Canada in 2003. WALKAWAY USA was later licensed by the Irving, Texas-based Enterprise Financial Group, which brought the program to the U.S. marketplace in 2005. The U.S. version offers complimentary coverage for the first 12 months of ownership, but dealers can up-sell several optional packages that expand the term and amount of protection.

There are six events WALKAWAY protects against: involuntary unemployment, disability, loss of driver’s license resulting from a medical condition, self-employed personal bankruptcy, international employment transfer, and accidental death. The most valued protection in 2009 was clearly the involuntary unemployment protection. In the case of Hyundai Assurance, protection was not provided within the first 90 days following the vehicle sale, which was simply a 90-day vesting period. During the succeeding nine months, owners could exercise the WALKAWAY option if they remained involuntarily unemployed for at least 45 days or experienced one of the other protected events.

However, by February 2009, buyers’ concerns with potential job loss were a clear impediment to vehicle sales, as it was clear buyers wanted protection that allowed them to keep their vehicle and get payment relief as they sought out a new job. That’s when Hyundai enhanced its program by adding “Plus” coverage, which was offered on new-vehicle sales in March and April. It reimbursed vehicle buyers for three months of vehicle payments (up to $500 per month) if they became involuntarily unemployed within the 12 months succeeding the 90-day vesting period.

During this time, Ford and GM launched their own competing programs, which were generally labeled payment protection plans. The Ford Advantage Plan applied to all new Ford vehicle sales in April and May 2009. If a vehicle buyer became involuntarily unemployed after 30 days of ownership and prior to Jan. 1, 2010, and remained unemployed for at least 30 days, Ford reimbursed the owner’s monthly vehicle payment (up to $700 per month) for up to 12 months of unemployment.

General Motors placed its plan on the hoods of all new vehicles purchased in April 2009. Vehicle buyers were reimbursed the monthly vehicle payment (up to $500 per month) for up to nine months if they became involuntary unemployed after 90 days of ownership and within the succeeding 21 months.

Having seen how its program struck a chord with skittish consumers, Hyundai has since renewed its program in the United States and Puerto Rico for 2010.

In the U.S. marketplace, if an insurance agent offers insurance to a consumer and receives compensation for the sale, the agent is required to have an insurance license from the state in which the transaction was made. However, from 1917 to 1965, financial institutions had been offering credit life and disability insurance to their borrowers, and throughout that time they had either successfully lobbied to eliminate the licensing requirement for those two products or had obtained approval for a very simplified agent licensing procedure. Their efforts set the stage for F&I managers to offer those products when the concept of automotive F&I was born in 1965.

Unfortunately, the exemptions those financial institutions achieved did not apply to involuntary unemployment insurance, and F&I managers offering such a product were still required to go through the daunting process of obtaining a full property and casualty insurance license.

The reason the current job-loss programs were not subject to the licensing requirement is because they were being offered free of charge. Since no premiums were charged, licensing laws did not apply. Instead, the manufacturers bore the program costs, which ranged from $100 to $400. The legal progression from manufacturer complimentary protections to optional protections sold to vehicle buyers has been slow, but progress is being made.

During the last 30 years, non-insurance protections such as vehicle service contracts, GAP and other protections have taken hold in the industry, while credit life and disability continue to drop off the radars of most dealerships. Job-loss protection could very well represent the newest product to replace those two products, but its future hinges on the industry’s ability to offer a non-insurance version similar to the GAP waiver concept.

Since 1995, the industry has gone state by state convincing lawmakers and regulators that GAP should be available as a non-insurance product, or what is called a GAP waiver. This classification equates to a promise that the balance under the retail installment sales contract will be waived if a total loss occurs and the value of the vehicle is less than the amount of the outstanding debt. Efforts to reclassify GAP have been successful in 47-plus states, with the last two major holdouts, Michigan and Texas, having adopted the waiver concept in the last three or four months.

Because a GAP waiver is a specific form of a general concept called debt waivers or debt-cancellation contracts, the industry is now looking to expand its reclassification efforts to include any and all forms of debt waivers, including job-loss protection. Under job-loss waivers, the buyer’s monthly payment would be waived during periods of involuntary unemployment.

Most state insurance regulators have agreed that payment waivers are not insurance and have indicated that no action will be taken if the product is sold in their states — which allowed companies like WALKAWAY to offer its vehicle-return and payment-protection programs.

What job-loss protection hasn’t received, however, is an official stamp of approval in some states, which has held up widespread availability. It is believed that there will be some movement this year and that job-loss protection could get official approval in all but a few states, which means it could be in dealerships by the end of 2010, possibly positioned as a complimentary product with up-sell options. While this is positive news, it is no surprise that the cost of involuntary unemployment protection is substantial, as the cost to the consumer would likely equal or exceed $1,000. Its entrance into the market may also have to come at the expense of an existing F&I protection product. Still, with the fear of involuntary unemployment expected to hinder vehicle sales for at least another three years, adding this type of protection is a goal worth pursuing.

Gary Fagg serves as a consulting actuary at Hurst, Texas-based CREDITRe, which hosts four days of teaching conferences about vehicle-related protection products and producer-affiliated reinsurance companies every November. E-mail him at [email protected]

Pink-Slip Protection: Viable or Not?

There’s no doubt Hyundai’s complimentary job-loss protection couldn’t have come at a better time when it was launched on Jan. 1, 2009. The credit markets were on the verge of collapse and the unemployment rate was climbing. But does pink-slip protection have a permanent place in the F&I office?

Opinions among F&I managers vary. Most understand the value of the product as a complimentary offering, but some wonder if customers would be willing to pay the hefty price tag for extended coverage. Some dealers say it depends on employment in a specific area or region. Other dealers say the product would be a tough add-on under today’s tightened credit market because of its line-one-add status. Thinner consumer budgets also play a role.

Some industry insiders also believe the product is best suited for manufacturer use, and predict that additional companies will roll out their own programs this year. Here are some notes and quotes from two dealers:

Quotes: “I first heard about the assurance program a little before it was launched, and I was really excited about it, especially given the hardships many consumers were facing at the time. And Hyundai’s launch couldn’t have come at a better time, as it was clear the situation was worsening. Now, it did take a couple of weeks after it was launched before customers began asking about it, and it was obvious that the program resonated with
buyers from all walks of life. It’s a real challenge selling credit life and disability, but I’d certainly welcome any products WALKAWAY has to offer.”

Quotes: “I remember when Ford introduced this plan and it was greeted with some cheer, but it didn’t have any measurable effect on our bottom line by increasing sales. A few customers were aware of it, but none came to the store specifically requesting the program, nor was it cited as a motivator to buy. I’ve looked at a few of the offerings and find the product to be of little consideration for my market, but that’s because the unemployment rate here is less than 8 percent. So, I would not consider adding it to my menu.”