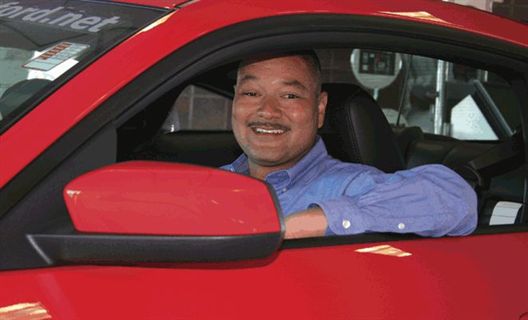 The last 28 months for Bill Pearson have been the busiest period in his 23 years in the business. Lately, he has spent more time standing in airport security lines than on the lots of his Peoria, Ill.-based dealership, traveling two to three days a week visiting auctions to fill what he says is the largest used-vehicle showroom in the Midwest.

“I think … being smacked around by the economy a little bit has made us who we are,” he says. “I don’t think we’ve ever worked as hard … for the same or less [amount of] money.”

Pearson is not alone in his experience or his attitude toward the economy and the auto retail market. With 2009 capping off two consecutive years of dismal sales with the lowest sales figures in three decades, many dealers are emerging from the slump with a more calculated approach to the industry.

Pearson, a co-owner of Finish Line Ford — one of 24 franchises spread throughout Illinois and Iowa under the Green Family Stores name — embodies this new mentality and has helped his dealership succeed because of it. But it wasn’t the new-car market that took Pearson from zero to hero in a little more than two years.

The control Pearson has over his business wasn’t the case when he and his partner, Jeff Green, first took over the dealership five years ago. The dealership was in bad shape, losing money every day it opened its doors. But in just three years, Pearson got the dealership out of the red. Unfortunately, he did so just as the recession was beginning to take hold. Ford Motor Co. was wrestling with its own financial problems, and the crash of the credit markets was pushing prospective new-car buyers out of the market.

Sales at his dealership began to plummet, forcing Pearson to go back to the drawing board to come up with a plan for survival. “We started implementing different ideas when we realized that we had to change or die,” he said.

What Pearson did was plunge head-first into the used-vehicle market. His initial goal was to sell 100 cars per month, but he exceeded that expectation in just over two short years. Today, Pearson’s used-vehicle business averages 300 units per month. “We thought we could sell 100 used cars and that turned into 150,” he says. “Then around the corner came 220, and now, 300 is a bad month for us.”

A key tool for Pearson was vAuto’s inventory management solution, which helped him create a strategy for managing, pricing, marketing and selling his inventory. Most of all, the software solution helped him take more educated risks — both in pricing and inventory sourcing.

Pearson also cites his work in search engine optimization for his marketing success, adding that partnerships with companies like AutoTrader.com, Cars.com and Dealer.com were crucial during the tough times.

Today, Pearson travels nationwide to find vehicles. He also has three additional buyers who attend auctions and scour the Internet for vehicles. On an average week, Pearson and his team will travel to Detroit, Chicago, Indianapolis, Nashville, Tenn., Atlanta, Orlando, Fla., and Dallas to find the right vehicles for his lot. In addition, Pearson makes monthly trips to Riverside, Calif., and West Palm Beach, Fla., to buy high-line vehicles for his dealership, which sells everything from Lamborghinis and limousines to $300 and $400 vehicles.

Seventy percent of the dealership’s total inventory is comprised of used vehicles, according to Pearson. Several months ago, when the dealership needed more room to accommodate its used vehicles, he and Green found a 95,000-square-foot indoor showroom, which the dealership occupied in January. Its official grand opening, however, is scheduled for April 15 — tax day. 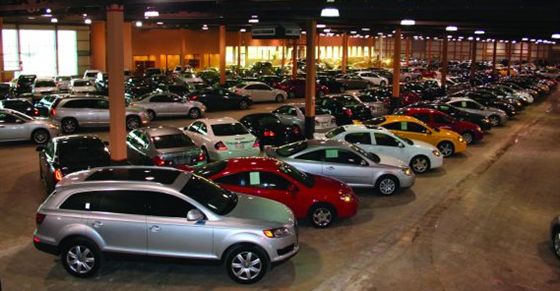 The dealership’s rapid success in the used-vehicle business is a testament to Pearson’s work ethic and business strategy. It also serves as an example of how technology has helped dealers through the tough times, allowing them to track inventory, sales and F&I productivity to formulate and implement effective strategies.

“You can look at so many different things, so fast, to help you understand why you’re slipping in this area or that area,” he says. “And when you’re doing 300 cars per month, a percentage point here and there is huge.”

Aside from vAuto, Pearson uses Reynolds and Reynolds, Liquid Motors and Ristken Software Services for his dealership management system, desking and menu needs. In particular, Pearson points to Ristken’s ProTracking tool as one of the keys to his front-end department’s success.

What he likes about the software is its custom sales and F&I reporting features, which allow him to track the performance of his employees. The insight the software provides has even led to a bit of a competition between the dealer group’s rooftops — a healthy one at that.

“We do once-a-month, top gun meetings that our F&I provider, Protective, puts on, where we get our two stores in the same city and have a meeting based on the data the software provides,” Pearson said. “Obviously, you try to pick the guy up from the bottom. But the meetings do kind of turn into a ‘steak or beans’ contest, and you don’t want to be the bean guy going in.”

Pearson’s software experience isn’t unique. As a result of the economic downturn, dealers, OEMs and financial services providers are scrutinizing their processes and performance more closely. Technology is what’s allowed this trend to take hold.

“We’re seeing an increase in the need for service providers and dealerships to take a bigger interest in their operations and understanding the efficiencies of their employees,” says Ristken President Patrick DeMarco,  pointing to Ford’s selection in March of its F&I reporting software to be the engine behind Ford Extended Service Plan’s Profitlink Reporting system. In addition, Ristken also offers a menu-selling application through Ford and other service providers like Zurich and Protective, which is how Pearson was initially introduced to the Ristken software.

Pearson’s attention to detail is one of the reasons he favors the Internet over other advertising mediums. Going online allows him to track the performance of his promotional strategies.

The next step for Pearson is using the Internet to increase F&I revenue. Last year, his dealership raked in $2.2 million in F&I income. Pearson hopes the Internet can help him increase that by $250,000 this year, although he realizes the challenges of making an F&I product sale with customers his F&I manager might never see.

“Since we sell vehicles all over the country and the globe, it’s very tough to sell finance products to somebody who you’re never going to see,” he said. “That’s not the norm, that’s the exception.”

As part of the dealership’s effort to increase F&I revenue, customers receive e-mails with links to YouTube videos that explain the F&I products the dealership carries. The store’s Website also features a dedicated section outfitted with video clips to explain the benefits of VSCs, GAP and credit life insurance. Pearson says his goal is to develop a video F&I presentation, which will allow his staff to give a full and compliant pitch to every customer.

In addition to increasing F&I revenue, Pearson anticipates an improvement in overall sales volume this year. He says the dealership expects to sell 3,600 to 4,000 new and used vehicles, an increase of about 750 units from last year. Being a Ford franchise, he says, has already given him a head start, especially with Ford being the only domestic manufacturer to begin the year with a positive sales forecast from Automotive Lease Guide.

“There’s no question we see people in the showroom that are ecstatic,” Pearson says. “We just don’t have a bad car in our lineup.”

With the combination of the Ford nameplate, the 95,000-square-foot showroom, a strong F&I product mix and willingness to use technology, Pearson anticipates a good year for his dealership.

“We’re a young company that really has embraced technology and has the desire to work hard,” he says. “I think a lot of that is born out of the fact that it’s been a tough five years, and that we’ve gone from zero to hero in the last 28 months.”