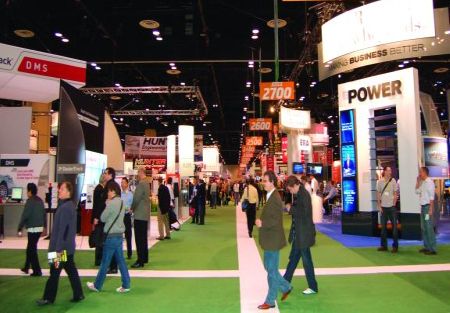 Three years after its initial announcement, Reynolds and Reynolds finally removed the modems from its dealer base in January. Companies that went through Reynolds’ integration and certification program say the technology company upheld its promise to integrate third-party software companies, some even saying the debate over data access was more fervor than substance.

“We’re a competitor with Reynolds in two areas, so you would think that we’d be a good case for somebody not to certify, and that certainly was not the case,” said Matt Nowicki, director of information technology for IAS, which is also certified with DealerTrack and ADP.

Nowicki said it took three months to gain Reynolds certification, and said there was never a time where he felt like Reynolds was delaying the process. With nearly 10 years of experience in dealership management system (DMS) integration and familiarity with using hostile integration to connect the IAS F&I menu to Reynolds’ DMS offerings, Nowicki understands Reynolds’ stance on integration.

In order for his company’s software to operate effectively and without interruption, it needs full-blown access to the DMS. But giving a company complete access not only leaves dealers’ data vulnerable, it puts the software provider at risk as well. “I don’t mean to sound like a Reynolds cheerleader, but, with my IT background, I can understand why they did this,” Nowicki said. “I don’t think dealers understand how much power there is in hostile integration.”

However, companies in the DMS space do realize what’s at stake these days. With fewer dealers in business, providers know they must accommodate those who remain if they want to succeed in the highly competitive DMS market.

That’s why companies were quick to define their business philosophies while touting the progress of their integration efforts. Reynolds, which put the number of its newly certified providers at 200, said the removal of dealership modems was about replacing costly, outdated and less secure hardware. Officials pointed to the new graphical user interface and architecture behind the company’s ERA-IGNITE as a glimpse of where the company is now headed.

“Now that we made the investment in the infrastructure, the expectation is we’re going to be able to bring out new enhancements for our products more rapidly going forward,” said Reynolds’ Christopher Morris.

DealerTrack’s Mark O’Neil likened the company’s strategy behind its OpenTrack third-party integration program to that of Apple’s policy of allowing developers to build applications that work with its operating system. OpenTrack currently has 40 partners and another 100 in the process, O’Neil announced.

Steve Anenen, president of ADP Dealer Services, described his company’s philosophy as a layered approach to technology, with its DMS being the centerpiece. He pointed to the company’s new consumer-facing solutions, such as its TradeOnline software, as examples of its approach.

The battle for market share also has providers going after vehicle manufacturers. To gain access to GMAC’s pool of dealers, DealerTrack made a $15 million one-time payment to get the former captive on its credit platform. At the heart of the deal, O’Neil said, was the prospect of growing its subscription business.

Reynolds and ADP are counting on Open Dealer Exchange, a joint venture launched last year, to even the playing field. Officials with both companies said they’ve signed up seven of the top 25 finance sources to their loan origination program, and have another 87 on deck.

“We have a fair amount of work to get to the vision we have for Open Dealer Exchange,” said Reynolds’ Morris. “The challenge right now is getting those 750 banks signed up as quickly as possible. The other portals will have the advantage for a period of time, but we hope to close that gap pretty quickly.”