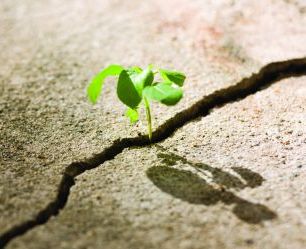 Optimism continues to spread throughout the auto finance industry as the market continues to show positive signs. Delinquencies are on the decline, consumer credit continues to stabilize and all signs point to more good news for the rest of the year. For the second straight quarter, delinquencies showed a year-over-year decrease, according to Experian Automotive’s second-quarter data. The quarter also saw a higher percentage of auto loans being made to nonprime and subprime customers, another indication that there could be light at the end of the tunnel — not just for auto finance, but for the economy as well. 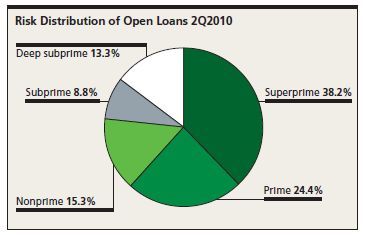 Throughout the last few years, overall distribution between the credit tiers has remained stable, with more loans falling into the low-risk prime and superprime segments. For this analysis, the four risk segments examined include: superprime (740+), prime (680-739), nonprime (620-679), subprime (550-619) and deep subprime (less than 550).

The percentage of consumers who fell into the two low-risk tiers — superprime and prime — increased 2.57 percent to 62.6 percent of all open automotive loans in the second quarter. In contrast, the high-risk subprime and deep subprime segments all experienced decreases. 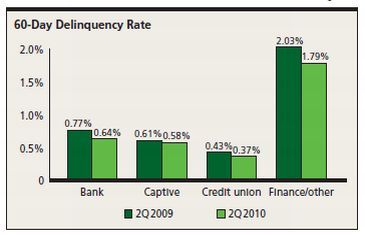 One of the more positive trends to emerge in the second quarter was the continued improvement in delinquency rates. The main reason for the year-over-year decrease in delinquencies is the shift in portfolios to a more prime-oriented position.

During the reporting period, the 60-day delinquency rate fell 11.85 percent to 0.71 percent of all open auto loans. The total dollar balance associated with delinquent loans decreased by 24.2 percent, bringing the total 60-day balance to a little more than $4 billion. 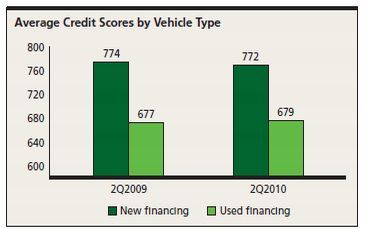 Credit scores also continued to stabilize in the second quarter, with scores for new financing loosening slightly. Scores for used financing, however, experienced a slight increase.

Average scores on new-vehicle loans fell two points on a year-over-year basis to 772. The average credit score for used-vehicle financing, which is more seasonal than new financing, was 679, an increase of two points from last year. 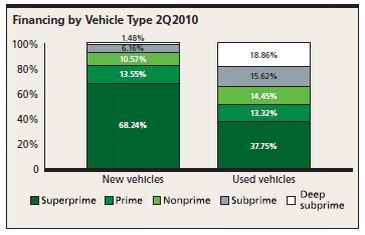 Second-quarter data for new and used financing showed that lenders are beginning to test the waters with customers who have less-than-stellar credit. They have yet to loosen up their criteria to the levels seen three years ago, but there was an increase in the percentage of nonprime and subprime loans originated during the quarter.

The total percentage of vehicle loans financed in the prime and superprime segments increased slightly (0.8 percent). Those segments combined represented 62.76 percent of all financing. Growth also was seen in the high-risk tiers.

New-vehicle financing remains geared toward the low-risk tiers, with 81.79 percent of all originations falling into either the prime or superprime segment. For the first time in more than two years, however, the total prime market did show signs of loosening (0.8 percent), driven mainly by a 1 percent decrease in the superprime segment’s share of new financing. Prime increased slightly by 0.1 percent.

There was a shift in the used-vehicle segment, which saw the divide between the low- and high-risk segments beginning to even out. The combined low-risk segments accounted for 51.07 percent of all used loans, a 0.36 percent increase from last year. 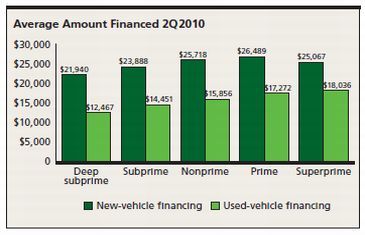 For new vehicles, the greatest amount financed was seen in the prime risk segment ($26,489), while the greatest year-over-year increase was seen in the nonprime segment, which jumped by $916. Even the deep subprime segment, which represents only a small portion of financing, experienced a $304 increase, bringing the average amount financed to $21,940. 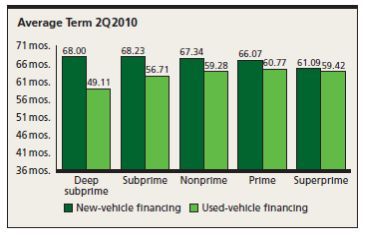 The second quarter showed a slight loosening of loan terms. Across all risk tiers, the average loan term for all financing was 60 months, an increase of one month. New-vehicle loan terms remained flat at 62 months, while used terms increased one month to 58 months.

Loan terms for new-vehicle financing increased slightly for deep subprime (up 0.46 months), subprime (up 0.16 months) and superprime (up 0.36 months). The longest terms were found in the higher risk segments, with subprime loans averaging 68.23 months in the second quarter.

Terms for used financing increased across all risk tiers. The most significant year-over-year increase in this segment was seen in the deep subprime category, which rose by 1.81 months to an average term of 49.11 months.

The auto finance marketplace continues to show signs of further stabilization and even growth during the second quarter, helped out by the drop in delinquencies and improved credit. More importantly, second-quarter results showed that the economy is on the mend. For dealers, the rise in market share in nonprime and subprime financing means lenders are beginning to open up once again.

The industry, however, remains extremely cautious. Average credit scores remain relatively high for both new- and used-vehicle loans, and new-vehicle financing remains the domain of prime and superprime customers.

What’s clear is the market remains open to the low-risk credit customers, which means dealers will need to continue studying lenders in their local markets and learn which ones can fill the lending gap for their high-risk tiers. Still, there appears to be a glimmer of light at the end of this economic tunnel.

Melinda Zabritski is director of automotive credit for Experian Automotive. E-mail her at [email protected]