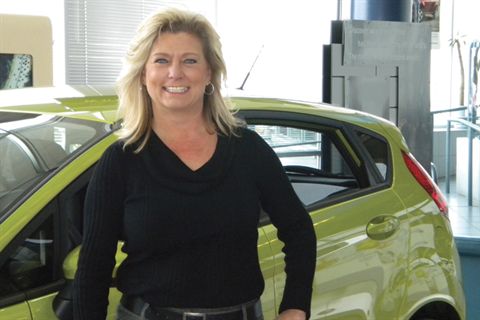 With subprime auto loan approvals seemingly stuck at two-year lows, it seems unfathomable that a market exists for bankruptcy customers. Those in the know, however, say not only is there a market for BK customers, but some lenders often view the segment as the cream of the growing crop of special finance.

“The bankruptcy credit customer — at least, how I was taught, and the way the lending institutions I worked for looked at them — was a little more of the cream of the mud, if you will,” says Robert Davies, who worked as a credit analyst and underwriter before becoming president of OnlineBKmanager.com. “That’s because these customers are motivated and their woes are basically behind them.”

Fair Isaac Co. calculated that there are more than a quarter of a million consumers in the United States who now claim FICO scores of 599 or less. Additionally, bankruptcy filings are breaking records almost every quarter, with the American Bankruptcy Institute expecting nearly 1.6 million new filings by the end of the year.

But for those who buy into a recent CNW Research statistic that showed subprime auto loan approvals still far below the 27 percent approval rate posted in 2008, Diana Winston issues this challenge: “Just come sit in my office for a day.”

As special finance manager at Phil Long Ford in Littleton, Colo., part of an 18-dealership group, Winston is currently rolling about 45 special finance deals a month. Half of those are for customers with a bankruptcy or foreclosure on their record.

“Special finance is alive and well,” says Winston, who works with eight lenders, including Santander, Ameri-Credit, Capital One and Chase Custom.

Davies says Winston, a loyal user of BKOnlinemanager.com, represents a growing number of dealers who are cashing in on the bankruptcy segment. In fact, 90 percent of OnlineBKmanager.com’s business, which offers several levels of bankruptcy marketing services that typically cost between $5,000 and $7,000, is currently with franchised dealers.

“Think about it, the average amount financed out there in the subprime market is between $14,000 and $15,000,” he says. “Well, there are a lot of program cars franchised dealers have access to that meet that parameter.”

In September, Davies’ company struck a marketing deal with Friendly Finance Corp. that just about guarantees dealers who sign up will have a lender to finance their bankruptcy customers.

“Friendly is stepping up and buying this little advertising campaign for their dealers,” says Davies. “We feel that there’s a lot of potential here, and we’re trying to make it as easy as possible for the dealer. We’re providing them with a way to fund these contracts in a way that they haven’t been able to fund them in the past.”

Davies is referring to the fact that Friendly, a regional lender that operates in 12 states, will fund a contract on a Chapter 7 bankruptcy customer before his or her 341 meeting, which typically occurs 30 days after the filing and requires the filer to testify to the state of his or her finances. Most lenders will begin approving customers for loans only after the meeting.

“We made that change a couple of months ago,” says Steven Pittler, the finance company’s president. “On Chapter 13s, [the filer] only needs to be confirmed for three months. We do, however, require trustee approval on open 13s.”

To take part in the program, dealers must first sign up with Friendly to gain access to Davies’ mailing list of potential Chapter 7 and 13 bankruptcy customers. All the dealer has to do is provide a list of ZIP codes and direction as to where in the bankruptcy process they want to target customers. OnlineBKmanager.com will then create a mailer, which dealers can send out on their own letterhead.

“This is a big deal for us,” Pittler says, adding that his company will consider 2004 model-year vehicles and up with less than 80,000 miles. “It provides an easy way for dealers to take on this huge demographic of potential customers.”

As of November, more than 40 franchised dealers had signed up for the Friendly program. Davies believes that number could eclipse 100 by this month. What dealers will find, he says, is a lending market that understands that many BK customers spent most of their lives in the prime credit tier — that is, until 2007 and 2008.

“That market is growing,” he says, adding that his company is delivering approximately 26,000 discharged bankruptcies a week to subscribing dealers. “Our dealer base that is actively using our program has gone up substantially over the last eight months, and I think it has to do with lenders.”

Davies said dealers can expect to gross between $2,500 and $3,000 per sale. He adds that his service — which offer a money-back guarantee to franchised dealers if they don’t gross back 100 percent of the cost of the program — will typically deliver six to 10 car sales per month to users. “The typical dealership will see, on average, a little more than $180,000 in gross profit off our program,” he says.

Phil Long’s Winston says she’s averaging much more than $2,500 per deal, but, even at $1,500 per deal, a dealership moving 540 special finance units in a year could be looking at a very profitable department.

“Short-sightedness is very expensive,” she says. “Keep in mind the long-term effects of helping these customers, because they will tell others if you treat them right. Remember, birds of a feather flock together.”

The Right Kind of Dealer

For those who think it takes a special kind of market to be successful, Winston points to the 21 percent usury cap she contends with in Colorado. When her underwriter’s computer calls for a higher rate, she has to pay $300 per point to buy the rate down.

“You have to educate your customer. Otherwise, in some cases, you could end up with a $2,600 acquisition fee,” she says. “You need to remind them that they’re reestablishing their credit and that they may have to look at something with some rebate on it.”

Winston currently runs a program with OnlineBKmanager where a letter is sent out on her behalf every Tuesday morning. Each one of those letters carriers her signature in blue ink, so the customer knows an actual person signed it. Three weeks after the original mailer goes out, Winston will send out a second letter. Winston also sends out 5,000 to 7,500 mailers she calls her “evergreen” letter.

“Basically, with the evergreen mailer, we put a check in [our customers’] hands that says, ‘Go see Phil Long,’” says Winston. “They’ve most likely seen my personal invitations before, and now they’re being followed up with something that says, ‘No, really, here is your check, go see Diana Winston at Phil Long.’ Their calls then ring right through to my cell phone.”

Where most dealers miss the boat, she adds, is in the structure of their special finance department — particularly when it comes to payplans. “Salespeople hate special finance,” she says. “That’s because you sit down with the customer, take his or her credit application, walk up to the desk and all of a sudden that manager gets that look on his face and says, ‘You need to take that to special finance.’”

So, instead of making her position commission-based, Winston is paid a fee for her services on every deal. “I’m paid like a bank,” she says. “Now the salespeople love me because I’m not in their pocket.”

Lastly, Winston adds, “Don’t treat customers like criminals.” She says it’s important to explain to customers what the process will entail. Most importantly, special finance managers need to be able to ask for down payments.

“You have to constantly be thinking, because the market is constantly changing,” she says. “The way banks are looking at deals is changing. The main thing is to designate somebody, even if they aren’t experienced, and make sure they know all of their programs. If you don’t know what the banks are doing, there’s no way you can possibly be successful at special finance. That’s the bottom line.”