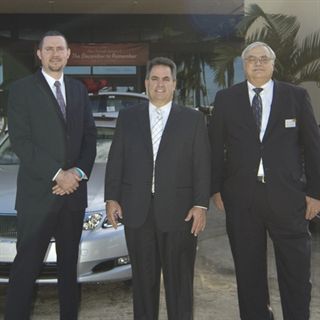 What does the Lexus volume leader do when the volume just isn’t there anymore? That was the question facing JM Lexus in 2008. The Margate, Fla., dealership had just come off its highest volume new-vehicle year ever, having sold 7,722 new Lexus vehicles in 2007. But toward the end of that year, when the downturn took hold, business started to slow down.

“I could feel an undertow — that business was starting to change,” recalls Jim Dunn, vice president and general manager. “And then we went from selling almost 8,000 new Lexuses in 2007 to a little over 5,000 in 2008.”

The drop in new-car sales was a wake-up call for JM Lexus. So, in 2008, the dealership shifted gears and made adjustments. Rightsizing the business and boosting service to current and long-standing customers were major components of its strategy, but Dunn says there also was a lot of potential among the departments that had yet to be tapped.

“Prior to 2008, the focus was always on our new-car department,” Dunn says. “So we had a lot of opportunity to pay attention to other areas of our dealership, and they really picked it up.”

Everyone was challenged to “do more with less,” and Dunn cites the pre-owned, finance, service and parts as the game changers. He says those departments “really answered the call” and helped the dealership end the year on a high note despite new-vehicle sales dropping further in 2009 to 3,996 units sold.

In early 2007, when new-vehicle sales were still strong, JM Lexus bought a piece of property kitty-corner from its new-car facility. The lot had housed a shuttered car dealership. Dunn says the dealership was originally looking for more space to store vehicles, but the new property also allowed it to expand its body shop and service facility, as well as retail operations.

“We were committed to Lexus Certified Pre-Owned, and we felt that was an opportunity,” Dunn says. “We were already the largest volume Lexus dealership in the world. We knew we had a shot at doing the same thing in our pre-owned department, but we needed more space.”

The JM Lexus Certified Pre-Owned Superstore opened its doors in June 2007, complete with a dedicated reconditioning center for pre-owned vehicles. The timing of its launch proved to be fortuitous, with the drop in new-car demand and sales just around the corner. In true recession fashion, JM Lexus’ pre-owned sales increased 21 percent in 2009 over the previous year, while new-vehicle sales declined even further industrywide.

“It’s turned out to be a really great strategy for us, and the numbers are certainly proving that,” Dunn says. “We’re now the No. 2 Lexus Certified Pre-Owned dealership in the world, and we’ve moved up nicely in the last couple of years.” Another reason for the rapid rise in pre-owned sales is online marketing. “Most of our business right now, probably about 80 percent, is somehow tied to the Internet,” says Greg Zeigler, JM’s pre-owned sales director.

The vast majority of car shoppers will do their homework online, and Zeigler says they come into the dealership with a specific stock number in mind. For those customers, JM Lexus’ Internet department ensures that each car is well-represented on the dealership Website and partner sites. Its secret? Photos — and lots of them. “Many sites that we use have 21 photos of every pre-owned car,” says Internet Manager Bob Glasser.

Zeigler also puts great care into setting the online price for each vehicle. He uses vAuto’s pricing tool, which provides a live snapshot of consumer buying and competitor pricing trends. “We want to make sure that we are definitely the frontrunner in our area as far as having the largest amount of inventory and having it priced to market online,” Zeigler explains. “That’s where the majority of our business is coming from.”[PAGEBREAK] 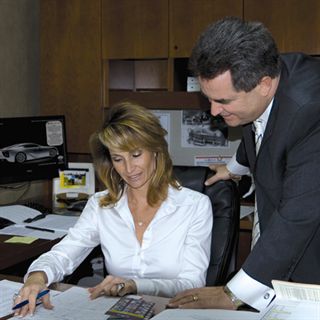 Another bright spot for JM Lexus is its F&I department, which saw its profit per vehicle retailed rise during the recession. The department’s PVR for new vehicles has increased from $716 in 2008 to $804 in 2010. For pre-owned units, it has jumped from $989 in 2008 to $1,053 in 2010. Product and finance penetrations have also gone up over the last few years.

The financial support the department received from Lexus Financial, which the dealership works with exclusively, is a big reason for its success. “Fortunately, we haven’t felt the effect of any adjustment to buying procedures or policies,” says F&I Business Director Lance Digges. “Our lender has been nothing but supportive through everything that’s gone on.”

Digges says his department doesn’t use a secondary source because Lexus Financial buys all of his subprime business. Even so, the F&I department knew it had to pitch in more when new-car sales slowed.

“We knew our volume was down and we needed to do whatever we could to make up for the loss of sales volume and impact the dealership’s profitability,” Digges recalls. To that end, the dealership invested heavily in training through Deerfield, Fla.-based JM&A Group to ensure that the store’s 13 business managers were at the top of their game.

“All our finance managers go through JM&A training, and it’s worth every nickel that we spend in training and coaching them to provide world-class service to their customers,” Dunn says.

The department’s success is especially noteworthy, considering it has only been in existence since 2005. Prior to that, salespeople would handle the deal from “tip to tail,” according to Dunn. After separating the F&I function, the dealership’s customer satisfaction levels rose.

Dunn takes pride in JM Lexus’ F&I process, describing it as “untraditional.” The dealership doesn’t have separate finance desks or offices; instead, the business managers go directly to the customer while he or she is sitting at the salesperson’s desk. “We don’t have to shepherd them anywhere and there’s nothing behind closed doors, so it’s more comfortable for the customer,” Dunn says.

According to Digges, the strongest F&I products on the new-vehicle side are prepaid maintenance and excess wear and tear. The latter performs especially well thanks to the dealership’s high lease penetration. For pre-owned vehicles, the leading F&I products are GAP, service contracts and prepaid maintenance. Rounding out the department’s offerings are life, A&H, road hazard and tire, DataDot theft-deterrents, and a key replacement product.[PAGEBREAK] 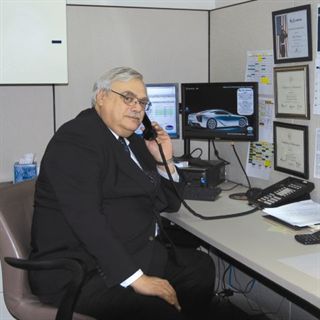 Even while foot traffic in the JM Lexus showroom has been light, customers have been consistently shopping for cars online. The best source of leads has been the dealership’s own Website, jm-lexus.com, but it also generates leads through the usual third-party sites such as Cars.com and AutoTrader.com. The Internet department’s staff of 12 new-car salespeople and nine pre-owned salespeople handles these leads as well as the phone traffic generated online. “We try to convert them into appointments or even sales,” Glasser says. “Lately, getting the sale from that initial call is becoming more common, and we’re able to accommodate it.”

Total vehicle sales over the Internet have risen from 1,648 in 2009 to roughly 2,200 in 2010. The pre-owned volume for the Internet is growing particularly fast, according to Glasser. For example, in May 2008, the department sold 44 pre-owned vehicles over the Internet. That number rose to 63 in May 2008 and to 103 in May 2010. Glasser says new vehicles are at a disadvantage online because they are not marketed as well as pre-owned vehicles. But he is working to bridge the gap by including more photos and information with new-vehicle listings.

The Internet also has expanded JM Lexus’ customer base internationally, even to the most remote places.

“We recently had a chat through our Website with someone in Kazakhstan,” Glasser recalls. “It was a shepherd on the side of a hill minding his sheep. He had his laptop with him and decided to see what was going on at JM Lexus.” The shepherd saw a pre-owned vehicle he was interested in and made an inquiry. A few days later the funds were wired in and the vehicle was shipped.

“These things are becoming more and more common,” Glasser says.

More of JM Lexus’ marketing budget is being dedicated to the Internet, including social media. One full-time associate exclusively oversees the dealership’s social media efforts, including its Facebook and Twitter presence. JM Lexus also has a strong reputation on Dealer-Rater.com, where the store has garnered 103 overwhelmingly favorable reviews and earned a rating of 4.9 out of 5.0.

“The potential of social media is huge, and we’re investing our marketing money in it because we have to be sensitive to our next generation of customers,” Dunn says. 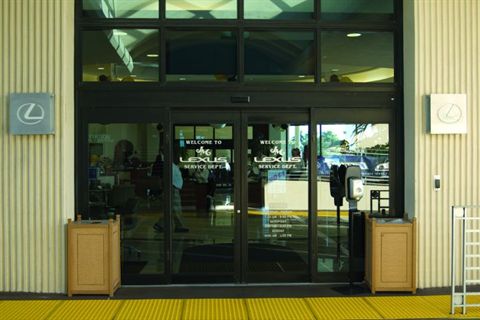 Things are finally looking up for new-car sales; the dealership was up about 500 new units by the end of 2010. “Through the last half of 2010, we saw customers coming back,” Dunn says, “And it looks like we’re starting to see a healthy, robust turnaround here.” The dealership ended 2010 on a high note, with sales of roughly 700 new cars and 250 pre-owned cars in December alone.

“We’re really bullish on 2011,” Dunn says. “It’s a matter of time. It’s not going to correct itself overnight, but we are seeing steady improvement in our new-car business.”