Meet the two guys leading the charge for Innovative Aftermarket Systems (IAS)’s software and F&I product units: Bob Corbin, president, and Matt Nowicki, director of information technology. We caught up with the execs to talk about software integration, using the menu as a compliance tool, and the new No. 3 F&I product.

F&I: Being that you’re also an F&I product provider, how do you work both sides?

Corbin: As you know, we provide our software free of charge to dealers who sell our products. Now, if one of our customers chooses to use a non-IAS menu and that menu offers e-rating and e-contracting capabilities, then we want to make sure our products are accessible through that menu.

F&I: I would think not having a binder full of ratings would be reason enough.

Corbin: That’s how I see it. The reality is, most F&I managers don’t need to pull out the binder for every customer because they sell a service contract above dealer cost, which means they’ve already built in enough margin. So, it’s about building interest in the tools, not the tools themselves. That’s really the battle.

F&I: How has your view of the menu changed?

Corbin: Originally, it represented a way to print something out that had color and life to it, and that was specific to that consumer’s deal. We also spent a lot of time doing tax calculations and a lot of credit life, accident and health calculations. Today, it’s about integration. Currently, we’re certified with the top three providers of dealership management systems — Reynolds, ADP and DealerTrack.

F&I: Integration is a big investment. Have you realized the benefits?

Corbin: Definitely. Most of all, we have the ability to use them as advertising partners, which is a strong marketing tool. But I’ll tell you, the No. 1 reason for me is I never want to be one of those companies that gets a call from the dealer saying, “I’ve got deals to deliver right now and your software isn’t working.”

F&I: When did the menu become a compliance tool?

Corbin: First of all, today’s menus offer OFAC and identity verifications, so that’s one aspect of compliance. I also think the menu legitimizes the sale of F&I products in the minds of consumers. So, from the get-go, the menu promised to make the operation more compliant because it brought consistency to the process. As it has evolved, whether it was displaying base payment or requiring initials or signatures next to the base payment, the idea that the menu was a compliance tool began to grow.

F&I: Should the menu display the base payment?

Nowicki: By default, our menu does. We used to lock that feature so dealers were kind of forced to show the base payment. That’s not the case anymore. We do suggest that they show it, but we also suggest that they talk to their legal counsel. And as far as I know, there are no rules that spell out anything that have to do with the menu.

F&I: You offer a video recording feature. Isn’t there a danger that those recordings can be used against the dealer?

Corbin: If you’re doing F&I the right way, the benefits outweigh the disadvantages. I would even say that our SmartEye feature has actually supported, rather than indicted, the dealer. It eliminates those “he-said, she-said” situations. Now, I’ve only heard of five instances in nine years where the video was used in a lawsuit against a dealer. Every single time the video actually supported the dealer’s position.

F&I: What disclosure rules does a dealer need to consider before employing a recording system?

Nowicki: It varies by state. What we recommend our customers do is check www.rcfp.org/taping/states.html. You can see what the rule is for all 50 states and the District of Columbia. The vast majority are “one-party” states, which means that as long as one party realizes they’re being recorded, that’s all you need.

F&I: Do you see other product categories growing in popularity?

Corbin: Obviously, it’s about controlling the financing, then selling the service contract No. 1, then GAP No. 2. I would say that tire-and-wheel protection is No. 3. It has really become a staple product in F&I. After that, it really comes down to what the dealer wants to push. Is it windshield protection or dent-and-ding?

Combo packages have really become big for us. We offer what we call Multi-Shield protection, which offers tire-and-wheel, windshield and dent-and-ding protection. It also offers 24/7 emergency roadside assistance. Another emerging product is key replacement.

F&I: Considering how expensive keys are these days, I can see why.

Corbin: We have seen dealers offer the product as a one-year complimentary offering, then try to upsell it to a three- or five-year term in F&I.

F&I: So, has the industry found its stride?

Corbin: I think we have. Our company has put together an aggressive projection budget for 2011. We think it’s going to be a 11.5 or 11.7 million-unit sales year, maybe even 12 million. Last year was a good comeback year for us, so we expect that momentum to continue. 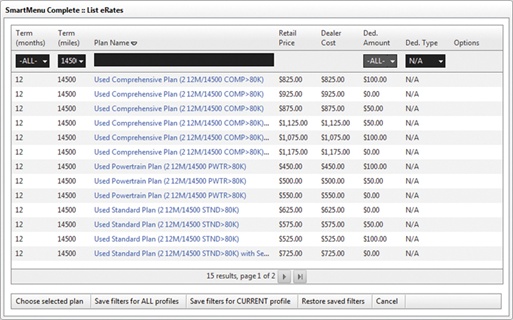 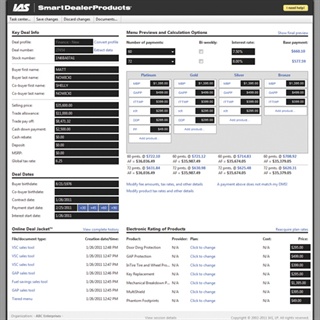 In this F&I Tip of the Week, John Tabar from UDS asks, "How do you stay sharp in the F&I arena?" Constant practice is one way to keep your edge and video self-evaluation can be a valuable tool.

F&I Tip of the Week: Your Title Is Manager

In this F&I Tip of the Week, John Tabar of UDS asks, what kind of manager are you?

Learn to effectively serve, help and solve, and increase your personal performance and that of your team while building lasting relationships in and outside of the store.

In this video, Trent White from the Automotive Training Academy explains how to counter the “I am buying a good vehicle” objection.

The merger creates a leader of services, expertise, experience and geographic reach in the vehicle protection and warranty markets in North America.

F&I Tip of the Week: VSC Is Key

What's the most important product we offer in F&I? Check out this F&I Tip of the Week, with John Tabar from UDS, to find out!

If you are considering this add to each unit, do you provide this protection wet or dry? For those dealers who think they already have the answer for that, think again.