Wally Higginbotham is a celebrity, but you wouldn’t know him unless you share his love for Porsches. No, he’s not a racer, and he’s not one of Porsche’s top engineers. He’s just a dealership employee who lives and breathes the Porsche brand — so much so that he created “Porschebahn,” a blog that has attracted more than 640,000 views since Higginbotham started writing it three years ago.

Higginbotham first fell in love with the luxury brand while living in Germany as a high school student. Today, the 28-year industry veteran serves as the general manager of Porsche of Hilton Head in Hardeeville, S.C. He talks to the magazine this
month about how he started the blog, keeps it updated and uses it to
promote his dealership.

F&I: When did you start writing Porschebahn?

Higginbotham: April 2008. I really didn’t do anything with it for the first six months. Obviously, I got a little more serious with it afterward.

F&I: Why did you create it?

Higginbotham: When I started here [at the dealership], I was a selling manager. It’s like you’re an assistant manager but you still have to sell.
I thought [the blog] would pro-
mote me.

F&I: What kind of Porsche do you drive?

Higginbotham: Believe it or not, the only car we have is the one my wife drives, which is a Boxster. I drive a demo, and this week I’m in a Carrera Cab. Sometimes I’ll take a Cayenne. It depends on what’s available.

F&I: When did you know you were on to something?

F&I: How has the blog benefited your dealership?

Higginbotham: People will come to you if they perceive you as the authority on the subject. It’s helped to sell some cars and my salespeople will send customers to the blog all the time.

Now, I don’t have any figures, but it has sold service. [Because of] the posts I’ve done on engines, people have come in and had us work on or do rebuilds on their engines.

F&I: Would you accept advertising on your blog?

Higginbotham: I’ve actually turned down a couple offers because I just don’t want to go there. I think, since the blog is connected to the dealership, there could be a conflict of interest.
Plus, I don’t want to come across like I’m trying to sell something.
I also don’t want to do anything to upset Porsche.

F&I: Have you noticed any interesting trends?

Higginbotham: One oddity I have noticed is that on the days the stock market goes down, so does my blog traffic. I would love to hear an explanation for that.

F&I: What’s your advice to dealers who want to start their own blogs?

Higginbotham: It’s crazy that more [dealerships] don’t get into it. It doesn’t matter what manufacturer you work for, there’s plenty of stuff to write about. Most of the manufacturers are into racing and they’re constantly putting out press releases, which is just free blog fodder.

F&I: But you’re also active in the Porsche community, correct?

Higginbotham: I do a lot of stuff with the Porsche clubs. And if I’m lucky, I’ll make it out to three to four races a year. I’m an amateur photographer, a Porsche nut and a car nut, so I would go to these events even if I wasn’t in the car business.

At the events I’ll shoot pictures and meet people. I try to post something on all of those events. Ninety-five percent of the pictures that I post are mine. The other ones I get from manufacturer press releases.

F&I: How do you know what interests your audience?

Higginbotham: I can go into the Wordpress stats and look at what visitors used as far as search engines and what’s brought them to the blog. There’s another section where I can see what pictures they’ve opened up. The terms “Panamera” and “color” are two of the hottest things right now. I’ve posted just about every color the Panamera comes in.

F&I: How do you work dealership news into your blog?

Higginbotham: I post information like the latest offerings from Porsche or any kind of news on upcoming models. I also post special promotions from Porsche Financial Services, such as 1.9 percent financing or modifications to its certified pre-owned warranty program, which people in the Porsche world or potential buyers would be interested in.

F&I: Are there any subjects you avoid?

Higginbotham: You don’t want to put anything out there that hasn’t been approved by your manufacturer. I actually got some bad info a few years back and got called out for it. I scrutinize anything that comes my way now. In general, I try to keep it all about the cars and the people.

Higginbotham: I’d blog every day if I could, but it can be tough. It takes me anywhere from 30 minutes to an hour to write a post. If I’m just copying a Porsche or a race track press release, it’s a 15-minute gig.

F&I: What’s the ideal length for a blog post?

F&I: What kind of software do you use to edit photos?

Higginbotham: I use the Microsoft Picture Manager. You can crop a photo, lighten and darken it, and make changes to it. It’s not rocket science, believe me. I also use a Nikon D300 and [post the images via] Kodak
EasyShare.

F&I: Have you or the dealership done anything to promote your blog?

Higginbotham: We partnered with Potratz, an automotive advertising agency, a couple of months ago. I am hoping they have some ideas on how I can take it to the next level.

So far, they’ve put more relevant Web tags on my posts to improve search engine optimization. They also told me to open up a Facebook account, which I did three months ago. I guess I was a little reluctant to create a profile. And when I did, a blogger friend of mine sent me
a message through Facebook that read, “Hell has frozen over. Wally’s on
Facebook.”

F&I: Do you have to be your dealership’s GM to write a blog?

Higginbotham: It depends on the store, because you really need to be an enthusiast. I had a guy in my showroom here that had zero enthusiasm for the brand. That’s not who you want on your sales floor and that’s certainly not someone you want running your blog. You need to find somebody who is passionate about the brand. And it takes time, so you’ve got to be dedicated and you’ve got to stick with it.

F&I: That’s good advice. So what’s next for your blog?

Higginbotham: Well, I’m thinking about introducing a new category called “Uber Garages.” There are a lot of folks I’ve met who have multiple Porsches. Some of them have very simple garages to store them, but there are folks who have spent lots of money on their garages. I just want to share some of those with readers.

In fact, there’s a guy up in Tennessee that I met. He sent me pictures of the garage he just completed. He calls it the “Garage Mahal.” It’s spectacular. It’s got this beautiful textured brick. He’s got planters and artwork that he’s collected for years — you know, stuff your wife won’t let you hang in the living room. Well, now he’s got a place to showcase all his automotive art and memorabilia. 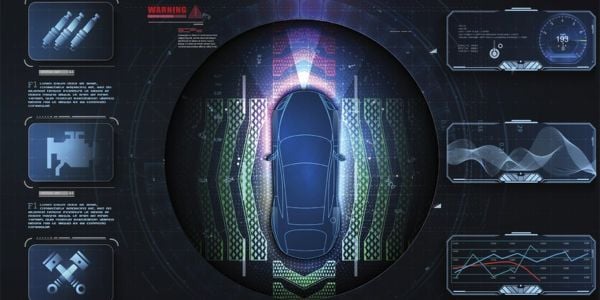 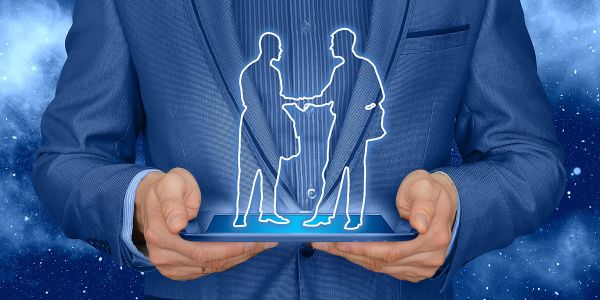 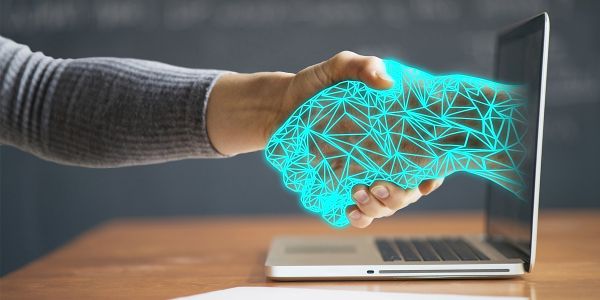