Outside of TrueCar’s Santa Monica, Calif., headquarters, Scott Painter stands atop a pivoted platform labeled “Dealer” on one end and “Consumer” on the other. The decorative piece represents the two core users of his brainchild service, but Painter admits he didn’t start off so well balancing both sides. Changes have been made and he’s ready to prove that his service can be a key marketing channel for dealers.

“I think we’re a lot less arrogant of what the downside risk of not paying attention to the dealer community is, and we’re very sensitive to it,” says Painter, who founded TrueCar in 2005.

It was only a year ago that Painter promoted his service as a “beacon of truth” in an industry he believed had lost trust with customers. His words ignited a firestorm of criticism from dealers, who mounted a campaign against the service — even using state licensing laws and prohibitions to put TrueCar on the radar of state regulators.

The company has since changed its business model to comply with state laws and appease dealers. But the dustup from a year ago seems like a distant memory to TrueCar’s biggest detractors. Even officials with Honda Motors — which warned dealers two summers ago that advertising dollars would be withheld if they promoted a vehicle below MSRP on sites like TrueCar — downplayed its challenge to the company’s pricing model.

“Since it’s our money, we get to choose [how it’s spent],” says Honda spokesperson Chris Martin. “Basically, we communicated that online advertising was going to be treated like any other [model] … we’ve never called out TrueCar.”

Check the Rearview Mirror
Painter says he dedicated the better half of 2012 to making amends with dealers across the country. The vehicle marketing site lost more than $40 million in the first six months of 2012. Painter’s client list also fell from about 5,700 dealers at the end of 2011 to a low of 3,170. He says his company should enter the New Year with more than 5,200 subscribing dealers.

“It was an expensive correction,” Painter explains. “At this point, we’re definitely an investor in auto retail.”

To date, TrueCar is now compliant in all 49 states in which it operates, Painter says. Stewart Easterby, the company’s executive vice president of operations, told F&I and Showroom magazine in September it voluntarily suspended operations in Louisiana to work through issues related to advertising regulations.

Bruce Gould, executive director of Virginia’s Motor Vehicle Dealer Board, recalls last January when TrueCar was “causing some confusion in the marketplace.” He says dealers contacted him to ask about their contracts, which Virginia declared illegal because TrueCar’s pay-per-sale model violated state prohibitions on third-party services acting on behalf of dealers in the sale of a motor vehicle. The company has since switched to a subscription-based model.

“We don’t regulate the price, but we do regulate the dealer,” Gould says. He adds that there have been no other issues reported.

Painter, however, still doesn’t give into claims that his service violated state advertising and dealer-licensing laws, saying that Virginia and a handful of other states where his service operates under a subscription-based model “tend to be the exception, not the rule.”

“We’re still prominently a pay-per-sale model,” he says. “Even in states where we have subscriptions, we still stand behind the idea that what we drive is valued around the customer buying a car.”

Let Dead Dogs Lie
Painter is even back in good graces with Jim Ziegler, the dealer advocate and F&I and Showroom columnist who led a campaign against TrueCar during the turn of 2012. In fact, on Nov. 28, 2012, Ziegler sent Painter a “Happy Anniversary” letter to commemorate the date when he started his notorious blogs against TrueCar. Painter responded by donning a replica of Ziegler’s trademark “Alpha Dawg” hat and flying from California to Atlanta with Michael Timmons, his executive vice president, to meet with Ziegler and his wife Debbie for dinner.

Ziegler says he changed his tune when TrueCar altered its pricing curve this past September. The curve, or pricing report, once offered car buyers a view of a vehicle’s dealer cost, factory invoice, market average and MSRP. TrueCar’s dealer council would later ask that dealer cost be eliminated, claiming it created an inaccurate reference point for negotiations.

But Ziegler says Painter still had to prove that he didn’t believe dealers are scammers and criminals. He believes that was the spirit of the advertising campaign the service launched in November 2011. After previewing TrueCar’s new materials, Ziegler says he was won over, “but we’re watching them,” he laughs.

“They’re not malicious to dealers more than any other vendor is,” Ziegler says. “[Previously], TrueCar really painted the dealers in a bad light ... What the industry’s getting a little indignant about is [with] people perpetuating bad stereotypes.”

Recalling the vitriolic campaign he initiated against TrueCar last year, Ziegler says he sent mass e-mails to dealers, who, in turn, contacted their state associations. The trade groups then reached out to legislators and each state’s governing bodies, raising questions about the legality of the service. It was that strategy that provoked California, Colorado, Indiana, Louisiana, Nebraska, Oklahoma, Virginia and Wisconsin to take action.

Ziegler’s battle against TrueCar might be over, but his crusade against companies that make dealers out to be bad guys in order to sell their services is far from over. His next target, he says, is Carfax. But he makes clear that the goal isn’t to put companies out of business. He just wants them to change their ways.

Painter doesn’t deny how close his company came to collapse when dealers, including dealer groups like Group 1 Automotive, began dropping the service in large numbers. “At our peak, we had an $8 million loss in one month, so it was a pretty awful mess,” he says.

But as TrueCar repaired its image and compliance mishaps, it did the same with its bank account. Absent its fourth quarter earnings for 2012, Painter says, “We are roaring back,” even though the company has yet to reach positive cash flow.

“I think the business has stabilized for sure. If you were a dealer on the program, I think you genuinely questioned: ‘Is this company even going to be around in a couple of months?’ I think we’ve answered that question.” 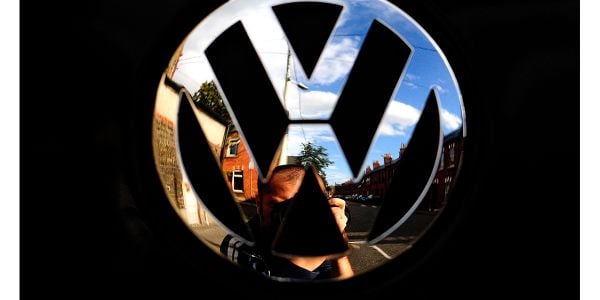