The ratings for prime senior tranches of asset-backed securities (ABS) auto loan and credit card transactions have remained stable in the first nine months of the year, despite concerns by Fitch Ratings about growing problems in consumer credit and unemployment.

In its Term ABS Credit Action Report for September, the ratings firm said liquidity conditions have stabilized and term ABS proved resistant to the severe credit and ratings adjustments found in other sectors.

“Due to the increased levels of credit enhancement, the upgraded classes were able to withstand significantly higher base and stress case residual loss assumptions, consistent with the ‘AAA’ ratings,” Fitch added.

In the auto loan segment, Fitch upgraded nine and affirmed six classes from the Bank of America Auto Trust 2008-1 transactions. The ratings firm said the upgrades are a result of continued available credit enhancement, and the collateral’s continued performance within Fitch’s expectations.

“Currently, under the credit enhancement structure, the securities can withstand stress scenarios consistent with the upgraded rating categories and still make full payments of interest and principal in accordance with the terms of the documents,” Fitch said.

The ratings firm also upgraded one class and affirmed one class from the Wachovia Auto Owner Trust 2006-A transaction.

“The upgrade reflects the continued stabilization of cumulative net loss performance and the building credit enhancement in the transaction,” Fitch said.

SMART Payment Plan has responded to a new government program that allows customers with school loan payments to skip payments for 2 months.

F&I Online: The Right Content for Each Stage of the Buying Process 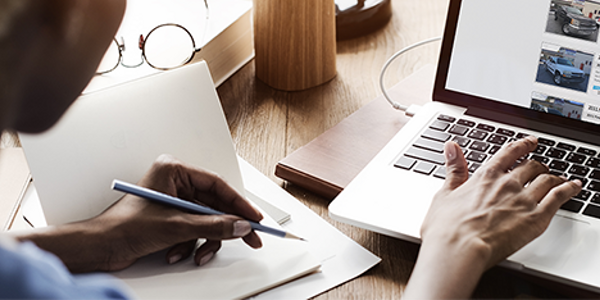 With prospective car buyers spending an average of eight hours online researching their planned purchase, more often than not they're ready to buy, not just browse, by the time they enter a dealership. Every picture you take of your inventory and post online could be the one detail that drives a buyer to your lot, prepared to make a purchase.

Lease Approval Ratings Dip to 70% in January, a Slight Decrease from December.

Auto/Mate to Roll Out Fixed Ops Portion of Reporting Engine

KAR Global announces Board of Directors addition with 25+ years of HR leadership at global organizations.