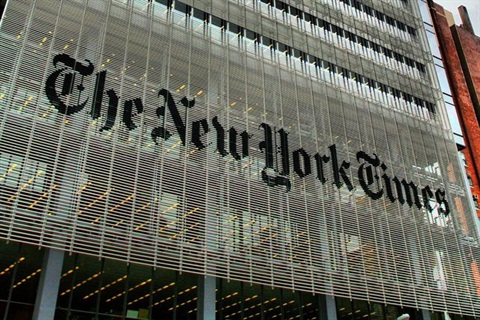 Recent reports that the Department of Justice (DOJ) is looking into the subprime auto finance market have spurred a discussion about whether such loans will go the way of subprime mortgages. According to a New York Times op-ed piece published Friday, predatory auto loans have been a growing problem — but industry associations have stepped in to dispute this claim.

“The mortgage industry set the stage for the recession by luring people into ruinously priced loans they could never hope to repay, then selling those loans to Wall Street in mortgage-backed securities that went bad,” the New York Times’ 18-member editorial board claimed in an Aug. 8 opinion piece. “The federal government has since tamed that industry, outlawing most of the risky and deceptive practices that led to that crisis. It must now do the same with the auto lending industry, where the practice of roping people into loans that damage them financially is all too common.”

This month, both GM Financial and Santander Consumer USA reported in regulatory filings that they had received subpoenas from the DOJ, requesting documents related to the origination and securitization of subprime auto finance contracts dating back to 2007. The regulator is said to be investigating potential violations of Financial Institutions Reform, Recovery, and Enforcement Act of 1989 (FIRREA).

In July, Citigroup was ordered by the regulator to pay the largest civil penalty under FIRREA in history — $4 billion — for its conduct in the packaging, securitization, marketing, sale and issuance of residential mortgage-backed securities.

“Dealers who can offload loans to banks before the loans fail take the same rapacious approach that mortgage lenders took in the run-up to the recession,” said The Times. “They prey on less sophisticated borrowers, falsifying the borrower’s income information and writing loans with astronomical interest rates and hidden fees that deliver a quick profit to the dealers.”

But the National Automobile Dealers Association (NADA)’s President Peter Welch, in a rebuttal to the editorial, noted that during the Great Recession, auto loans were one of the best performing asset classes. In fact, “Auto loan default rates never went higher than 2.74%, versus first mortgage default rates that hit 5.67%,” he noted.

“The Times’ editorial … is an unfair and unfounded attempt to portray the auto lending industry as a hotbed of deceptive practices and a harbinger of insolvency that could lead to another recession,” Welch said. “Nothing could be further from the truth. Auto loan defaults are at historic lows (less than 1% in June).”

In an op-ed piece submitted to F&I and Showroom this week, the American Financial Services Association (AFSA)’s Executive Vice President Bill Himpler similarly denounced the comparisons between mortgages and auto lending made by The Times.

“Unlike a house, a vehicle is a depreciating asset, and lenders calculate this loss of value into their financing. No one — from consumers to dealers to manufacturers to finance companies — believes that a car or truck will be worth more in the future,” Himpler explained. “Thus, the talk of a bubble — which occurs when assets become overpriced based on a belief that they will continue to appreciate — in subprime auto is misguided. The mortgage bubble grew from this very premise, but the underlying fundamentals of automobile values mitigate a bubble.

“Drawing parallels between subprime auto finance and mortgages does nothing to help an economic recovery, as the auto sector exhibits resilience and consumers continue to repay their loans.”