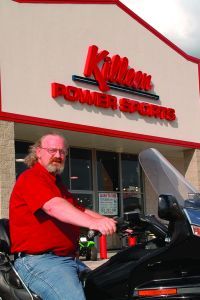 After spending 13 years in the insurance and automotive F&I business, Jim Dirks made a move his contemporaries warned against. Not only was it the right move for him, but it was the best thing to ever happen to Killeen Power Sports in Texas.

“Powersports is viewed by many on the auto side as incompetent or uneducated. That couldn’t be the furthest from the truth,” he said. “Not only do I make my dealership more money, but I am much better off personally.” 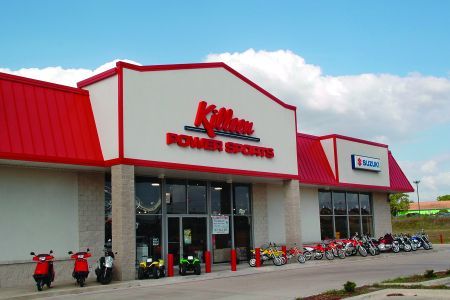 Killeen Power Sports, a Honda-Suzuki-Polaris dealership, is one of four franchise powersports dealers in Killeen, Texas. Harley, Kawasaki and Yamaha are also represented locally. Dirks said monthly sales at his store matches the combined total of any two of the other three stores.

Last year, the dealership sold close to 1,000 units, with 40 percent of those sales being Honda, 50 percent Suzuki, and 10 percent Polaris.

Dirks wasn’t Killeen Power Sport’s first experience with an F&I manager. The dealership had terminated its two previous F&I managers, and was using an administrative specialist for about a year before Dirks entered the picture in 2006. The previous two F&I managers averaged about $600 per retail unit (PRU). The dealership suffered huge reductions in back-end profits when the two managers were terminated, with the administrative assistant pulling in approximately $150 per deal. That’s when management decided to find a competent F&I professional.

With Dirks, who functions as an F&I manager and director to the other F&I associates, the dealership is now hitting about $900 per retail unit, a good number for a metric store. His responsibilities include seeking additional lender resources, finding new vendors and new products. The biggest role he plays at the dealership is maintaining compliance.

“The role of F&I in powersports is the same,” he said. “My role, my duties and my performance measures are not any different from what they were during my time in the automotive business.”

Hesitant when he first applied, it’s clear Dirks has found a home in the powersports industry. The reason has to do with the one major difference between working in automotive vs. powersports — time.

“The auto industry should take a lesson from powersports, because we actually get time with our families, vacation time and reasonable hours,” he said. “I’ll be here until I retire.”

Learning the Role of the Credit Card

Aside from the family time Dirks gained by making the move to powersports, understanding the role of the credit card was another adjustment he had to make.

The majority of Dirks’ deals are completed via secured revolving credit, such as a Honda Card, Suzuki Card, or Polaris Card. These yield incredibly low or nearly non-existent reserve dollars. Even on those relatively few installment loans he executes, the reserves aren’t much because the dealership’s vehicles tout a manufacturer suggested retail price (MSRP) of $999 and up.

Finance penetration, however, is about the same at Killeen as it is in the automotive business.

“We run about the same finance penetrations here as is normal for an auto dealer,” he said. “About 60 to 65 percent is the norm, with the occasional month being plus or minus 5 to 8 percent from that range.”

Dirks averages about 45- to 50-percent penetration on vehicle service contracts, 30 to 40 percent in pre-paid maintenance, and 25 percent in tire-and-wheel protection and theft registration.

One advantage Dirks has when presenting product is the five years he spent as an insurance broker. During those years he developed a keen understanding of the importance of F&I products, such as GAP insurance, vehicle service contracts, and credit life-and-disability insurance. He also developed a well-versed background in federal compliance and disclosure issues.

Dirks then transitioned into the automotive side of the business, where he served as an F&I manager for several auto dealerships over an eight-year span.

But as the long work hours began to take their toll on his health and his time with his family, he made the move to powersports. And despite the lower income, Dirks couldn’t be happier. 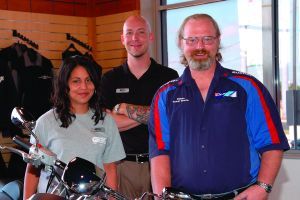 “They are tempting fate,” he said. “Compliance and disclosure laws, as well as dealer agreements, are written in such a way that if you have people executing a delivery incorrectly, you are playing Russian roulette. It may not be today or tomorrow, but it will happen. All it takes is one customer to do one inquiry.”

And since salespeople and sales managers focus more on moving units than on maintaining compliance, legal requirements are an easy miss.

“Most F&I people are the last line to keep ethics in place,” he said. Not only can an F&I professional better protect the dealership from possible litigation, but a trained F&I manager can also generate more sales and profit, Dirks said.

Dirks stressed the importance of F&I managers demonstrating to ownership how their department can increase the dealership’s consistency, compliance, product penetrations, grosses on each product sale, and customer satisfaction. Otherwise, there will be the temptation among management to use a third party or salesperson to handle F&I.

There is another critical factor owners need to remember when deciding on who to put in the F&I management role. Few salesmen and/or sales managers know the ins and outs of contracting, lending and disclosure law as it pertains to F&I. The potential liability of mishandling these aspects justifies an F&I department, even if the store presents no back-end products at all, according to Dirks.

“Simply helping to keep the dealership compliant and out of court is a sufficient reason to have a professional on staff to handle this part of the business,” he said. “And having a salesperson handle the role of an F&I manager will not generate as much F&I sales. Remember, we sell intangible goods. We have to do this in such a way that the customer nods, smiles, agrees to buy the products, signs the papers and the check, and leaves happy. It takes someone who knows what they’re doing to achieve that end result.” 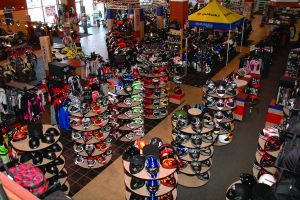 F&I Products Not a Tough Sell in Powersports

Listen to what Jim Dirks says about F&I products, and learn how to sell these profit-generating items.

Q: How important is GAP insurance for your customers?

Jim Dirks: While it is my opinion that GAP is probably the single most-needed product by vehicle buyers today, here in Texas we are unable to provide that option for our customers. The state laws have GAP retail charges capped in such a way that what I can legally charge my customer is less than what my vendors charge the store. Thus selling it would mean losing money on every such deal, so we don’t sell it. This is an issue for our legislature to address. It is not reflective of the value of GAP.

Q: What is one of your more important F&I products?

JD: Pre-paid maintenance for motorcycles is a great product for us. Motorcycles are fun. F-U-N has never been cheap and probably never will be. Yes, it’s less costly to put gas into a motorcycle than an Impala. However, an oil change for that Impala is $25 more or less. For a motorcycle, it’s much more.

Q: What other products do you offer your customers?

JD: Tire-and-wheel warranty is another highly important product in powersports as it pertains to on-road motorcycles. Motorcycle tires, unlike car tires, have zero warranty at all. Buy a brand new $300 tire and have it explode 28 feet down the road, you get to buy another tire. Further, you have no spare. Run over a nail on a bike and you will be paying a tow bill. That’s why the roadside-assistance portion of the tire-and-wheel program is incredibly important.

Finally, run over a nail in your car and you put a $14 plug in the tire and you’re good. Buy a brand new $300 tire for your bike, run over a nail a block later, and you get to buy another tire. Motorcycle tires cannot safely be plugged or patched. No sidewalls, highly curved surfaces, and a much softer composition virtually eliminate the tire’s ability to hold a plug or patch.

Q: How valuable is theft registration?

JD: Theft registration is highly valuable to motorcycle owners. It requires roughly 15 to 20 seconds to steal a motorcycle, and less if the thief isn’t concerned with protecting the body plastics on the bike. With what are termed track bikes — or bikes that are not licensed for on-road use, but are used at motorcycle tracks — the vehicle identification numbers (VIN) don’t get seen by the DMV anymore. That means the bike is virtually non-recoverable.

Dirt bikes are not licensed at all in Texas, so those VINs aren’t seen once the vehicle is sold and the title documents processed. Again, it makes the vehicle almost non-recoverable. So either an active system, Lo-Jack for example, or a registration system providing repurchase assistance is highly desirable.