Ally’s second quarter originations were flat from a year ago despite the loss of General Motors’ lease business, with the company shifting its origination mix toward used and nonprime.

GM Financial officials said Ally shouldn’t be surprised by GM’s decision to internalize its lease program. The company ended the year with a 50% share of GM’s lease business. 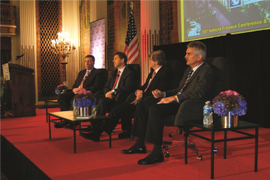