Delinquencies are rising and auto finance sources are responding. But the editor wonders if there’s something else at play. 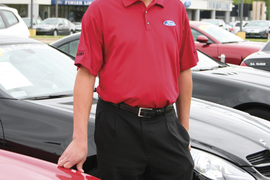