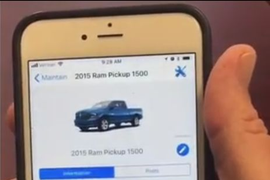 As part of the integration, dealerships that use both vendors’ solutions will now receive automatic and seamless updates from their Auto/Mate Automotive Management Productivity Suite (AMPS) software into their DealerOps Platform. 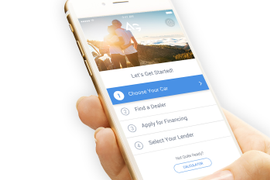 Add AutoGravity to the growing list of firms looking to digitize the finance portion of the car-buying process. The fintech firm unveiled today a mobile app that will allow California car buyers to secure vehicle financing or a lease.

Gubagoo has announced that its dealer solutions are now fully integrated with Facebook Messenger, allowing Facebook users to chat with dealerships just like they would with friends. 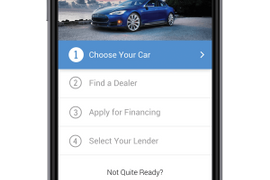 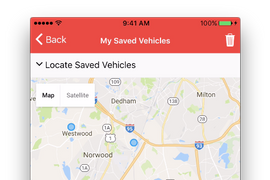 CalAmp unveiled a new telematics system that doubles as an inventory management tool for dealers and a connected car service for consumers when linked to the company's new mobile application.

TradeRev CEO and President Mark Endras announced today that his company’s product, a vehicle appraisal and auctioning system for automotive dealers, was named the Gold winner in Network Products Guide’s 2016 IT World Awards in the Hot Technologies category.

The app is designed to help dealerships build trust, lower apprehension, and accelerate a successful showroom by allowing employees to communicate with customers earlier in the sales process.

The system is designed to use Apple Wallet, a native app to all iPhones, or Android Wallet, installed in most U.S. smartphones, to send above-the-lock-screen alerts that cannot be ignored by customers.

Protection plan administrator Maximus Auto Group has released an app that allows its customers to view and manage their contracts, file a new claim, contact a rep and more. The company has also expanded its digital platform to include online claim filing.

In a new study highlighting the influence of mobile applications on car buyers, IHS Automotive officials said they expect significant growth in vehicle app integration over the next few years.

In its monthly online survey of U.S. consumers, market research and consulting firm Morpace found that 17% of car shoppers would complete a car-buying transaction from start to finish on their smartphone.

ADESA’s Marketplace mobile app is now available for Android users after being exclusive to iOS since last September, the auction company announced.