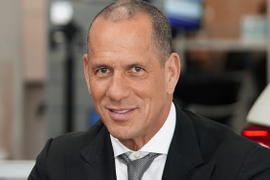 Autotrader today released its list of the Top 8 certified pre-owned programs for the holiday season. According to the company, these certified pre-owned vehicles offer consumers the reliability and safety of a new vehicle, but at a more affordable price.

To celebrate the unveiling of the new store, the group will donate the first 2015 Alfa Romeo 4C to live auction, with 100% of the bid price over MSRP being donated to charity.

Group 1 estimates that the storms in Oklahoma City and Houston caused damage to facilities and about 3,200 new and used vehicles. The auto retailer is continuing to assess overall damage.

Coming off of its best sales month ever in May, the 2013 Acura RDX was named NADAguides.com's Featured Vehicle of the Month for July.

Honda and Lexus took home the top prizes in Edmunds.com’s inaugural Best Retained Value Awards, which recognize the brands and new-car models that have the highest projected residual value after five years.