Kontos: Wholesale Prices Up Year Over Year, Down From September 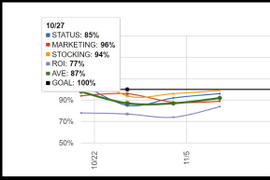 According to the company, the weekly report will score a dealer’s inventory in four key areas: status, marketing, inventory stocking, and inventory return on investment. The end goal, the company added, is to help drive more used-car sales at higher margins.

For the second year in a row, IntelliChoice has named Kia Motors America’s certified pre-owned program the 'Best Popular Program.'

Both the car and truck segments experienced an overall reduction in depreciation during the week of Oct. 28, with car and truck wholesale values decreasing by 0.53% and 0.58%, respectively, vs. 0.76% and 0.80% the previous week..

The average price of a used vehicle for model years 2011-2015 depreciated 2.9% in October, a noticeable change from September's 2.3% depreciation rate, according to Black Book. 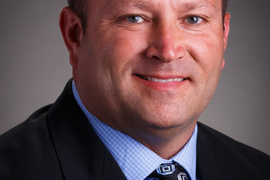 Sun Toyota promotes Shawn Mazzoni to used-car director, the dealership announced this week. He will lead the consolidation of two separate used-car operations into a single department, which will be housed in a newly constructed sales tower.

DRIVIN, which operates an online marketplace for dealers to sell, search and buy used inventory, was named one of the winners at the 15th annual Chicago Innovation Awards, the firm announced this week.

A rising supply of used pickups coupled with aggressive pricing for new models is expected to cause a weakening in values in the wholesale market, according to new data from Black Book. 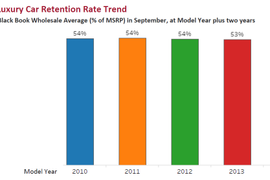 Whether a seasonal trend or a sign of things to come, Black Book recorded the largest year-to-date weekly decline in car values last week. Trucks also recorded a sizable drop in values.

ADESA's chief economist reported this week that the continued strength of the truck segment drove a year-over-year increase in wholesale prices, while weak car sales contributed to a month-over-month price decline.