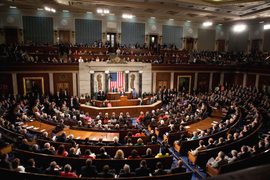 Manheim and a number of industry partners have filed a request with the Department of Justice to determine whether the industry’s proposed multi-platform system is in compliance with antitrust laws.

The finance source revealed in a regulatory filing last month that it has received a subpoena from the New York District Attorney’s Office and the Department of Justice regarding its subprime auto finance business.

Santander has agreed to settle charges that it illegally repossessed more than a thousand cars it financed for active service members over a five-year period.