His Madness offers up some recommendations for making 2017 a prosperous year, maybe even a record-setting year.

His Madness breaks from his usual F&I programming to deliver a message to dealers about the importance of culture and the keys to instilling and maintaining it.

His Madness takes creative liberties with a popular motivational acronym to deliver this month’s message: There’s no magic pill for success.

Top trainer says the key to selling environmental protection is to educate — not sell — customers on why advances in paint application have made it a must-have.

How many times does a customer have to say ‘No’ before you move on? His Madness says it depends on the producer’s skill, training, and ability to think on the fly. 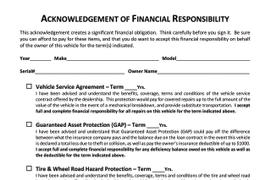 No Friend of Mine

F&I trainer details a foolproof method for convincing your next ‘third basemen’ to switch teams.

His Madness is tired of all this new-age F&I talk. He calls on F&I managers everywhere to change the conversation by upping their game in three critical areas.

It’s a commonly held belief that success in this business comes down to people, process and profit. So why are employees always the last in line?

If you want to be a top-flight dealership, you’ll need to be clear about who you are and what you’re about. ‘Da Man’ explains.

Our from-the-trenches columnist says that word-tracks still have their place in the industry — even if he doesn’t necessarily subscribe to their intended purpose.

Building the virtual F&I office really shouldn’t be that difficult. If you know how to overcome an objection, you already have your first post.