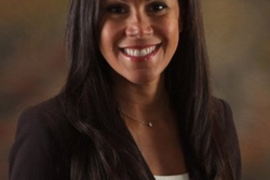 The F&I product provider announced the hiring of Amy Counts as an account executive. The 18-year industry veteran has served in various roles at Reynolds and Reynolds and RouteOne.

The auto finance industry originated nine million auto loans through the first four months of year, totaling $182.9 billion. Equifax said these were the highest levels for this time of year since it began tracking auto finance data.

[Video] Tip of the Week: Selling to Good and Lucky Drivers

How do you respond to customers who say they’ve never been in an accident and don’t need GAP? United Development Systems' Gerry Gould has the answer in F&I’s Tip of the Week.

[Video] Tip of the Week: Embrace the Spotlight

United Development Systems’ Gerry Gould provides a nice pep talk to those in the box, reminding F&I producers everywhere that the spotlight goes on the minute you step out of your office.

[Video] Tip of the Week: Time to Eliminate

Gerry Gould says it’s time to eliminate a part of your F&I process that intimidates customers, is old school and does nothing to drive profit. Find out what it is in F&I’s Tip of the Week.

[Video] Tip of the Week: Building a Successful F&I Department

United Car Care’s John Vecchioni, also known as the F&I Coach, reminds F&I managers about the importance of partnering with sales and service in this week’s Tip of the Week

United Development Systems’ Gerry Gould completes his five-part series on the business office's Top 5 responsibilities with a few words on the importance of driving customer and employee satisfaction.