A steep decline in Crossover/SUV wholesale values, which have been strong all year, may point to more than seasonality as the reason for the accelerated depreciation of two-year-old vehicles, Black Book said this week.

The retail sales finance company, Security National Automotive Acceptance Company, LLC (SNAAC), will be celebrating 30 years in business later this month, according to a company announcement.

US Equity Advantage has made available a new financial planning tool kit for AutoPayPlus customers. According to the company, the new toolkit will assist customers who are looking to automate their bill payments, organize their finances, monitor their credit, and create a budget and savings plan for the future. 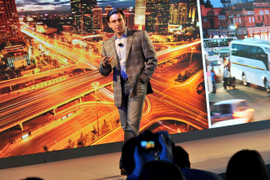 Ford Motor Credit is offering peer-to-peer car sharing through a pilot program in six U.S. cities and London. The program will allow Ford Credit customer to rent their vehicle to prescreened drivers for short-term use, offsetting monthly vehicle ownership costs.

In 2014’s fourth quarter, the percentage of new vehicles purchased with financing increased over the previous year to reach 84%, according to Experian Automotive’s latest State of the Automotive Finance Market report.

Banco Santander has reached an agreement with Carfinco to acquire its Canadian business for $298 million Canadian dollars. Under the agreement, a new company will be formed in which Santander will own approximately 95% of the equity, while top management of Carfinco will retain 5%.

SunTrust Banks Inc. is expanding its wholesale automobile dealer financial services to Dallas, Chicago and Boston as part of its national expansion strategy. 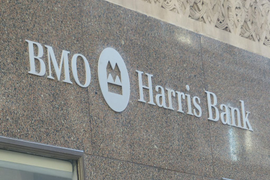 Chicago-based BMO Harris Bank issued a notice to its dealer customers this week, stating that it has eliminated dealer markups on indirect auto loans. The policy went into effect Thursday.

DealerCenter has integrated RouteOne's credit application management platform into its DMS offering, allowing users to send a deal to any of RouteOne's more than 1,000 finance sources directly from its system.

A report by Change Sciences Group revealed that some banks and other financial services firms are using social media to change their image.