The lawsuit alleged that Fuccillo Hyundai in Upstate New York illegally sold insurance without a license to customers under the guise of an anti-theft warranty.

An antitrust lawsuit against Carfax has garnered 700 plaintiffs, up from just 124 when the suit was originally filed in May last year.

The New Mexico’s attorney general is facing three separate lawsuits from state associations and individual dealers over a rule that requires inspections and damage disclosures for used vehicles. 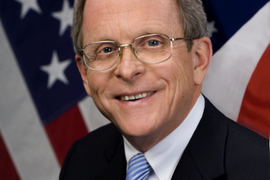 Heavy farm equipment manufacturers won temporary exemption from New Hampshire’s newly amended Dealer Bill of Rights, days before it was to take effect on Monday. Dealers there were dealt another blow that day when General Motors announced it was pulling its dealer sales incentives from that state.

Since the end of 2012, Jeff Schmitt Auto Group has been sued by at least 25 people and has paid out hundreds of thousands of dollars to settle civil lawsuits related to deceptive practices and extra fees.

Boasko's Rt 4 Automall LLC and Buyers Choice Cars are facing lawsuits after the Attorney General paid out more than $56,000 from a Title Defect Rescission fund to resolve consumer complaints against the dealerships.

Potential buyers of R.L. Polk & Co. said they are watching and waiting to see what will happen with a recent lawsuit filed against Carfax.

Lucas Chrysler Jeep Dodge Ram has filed a lawsuit against the automaker for terminating its franchise agreement after the dealer failed to make expensive renovations to its facilities.

The former owner of a Montebello, Calif., dealership will receive $1.4 million despite unsuccessfully suiting the city twice over a 2009 land dispute.

A Massachusetts judge sided with Tesla Motors in its initial ruling on a lawsuit initiated by dealers who are seeking to limit the company’s business activity in that state.