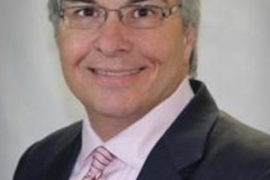 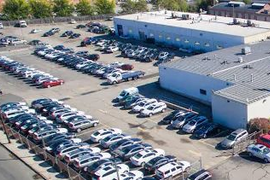 The partnership allows the dealership’s customers to work out while their cars are being serviced. It adds to a long list of benefits Boston Volvo currently offers, including 40 courtesy loaner vehicles, daily shuttles to Boston and Cambridge and complimentary Uber transportation. 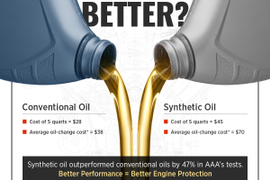 The motor club found that synthetic oil performs nearly 50% better than conventional oil in tests. AAA also found, however, that most U.S. drivers are either unsure or do not believe the more expensive synthetic oil is better for a vehicle’s engine.

Conducted by The Associated Press-NORC Center of Public Affairs, the poll found that 75% of households making less than $50,000 a year would have difficulty coming up with $1,000 to cover an unexpected bill.

Allstate Teams With Openbay on Auto Repair and Maintenance Service

The two firms have teamed up to provide vehicle owners with a faster and more efficient way to service their vehicles. The service is now available via Allstate.com, the Allstate Mobile app’s ‘My Rides’ section, and the Drivewise app.

DealerSocket released its annual Dealership Action Report, which emphasized the importance of formal, technology-driven processes to thrive and increase profitability during slow periods.

The new courses offer focused training on the effective management of parts and accessories, the collision center and express service. The training will be available starting in May.

PartProtection, a new company, is rolling out new coverage for OEM parts that can be sold in the service drive. The product is backed by A.M. Best A-rate insurance carriers.

The acquisition is expected to make it easier for dealers and consumers to sell, source and purchaase a wide variety of parts on eBay Motors.