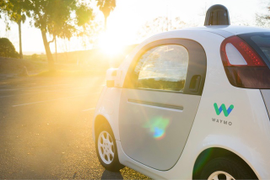 Michigan's U.S. senators are backing a proposal that would allow automakers to apply credits for model years as far back as 2009 to help them meet future standards to require their car and truck fleets to average 41 miles per gallon by 2021, reports the Detroit News.

Sister South Korean automakers Hyundai Motor Co. and Kia Motors Corp. will invest $3.1 billion in the U.S. in the next five years and may build a new assembly plant in the United States, Hyundai Motor's president told reporters on Tuesday.