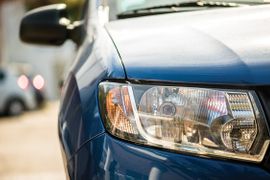 Sales of pre-owned and CPO units show no signs of slowing. Here’s how savvy dealers and F&I professionals are taking advantage.