Through this integration, customers at independent dealers will be able to look through different car insurance options, secure a quote they like and purchase the coverage on the spot, the company stated. 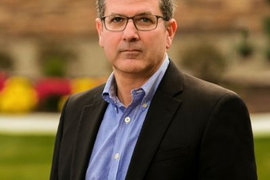 With the new connection, users of the Advent Dealer Management System will have a full complement of data interfaces that allow for bidirectional communication with Hyundai USA.

The announcement means fields on the RouteOne credit application will now be populated with information obtained electronically from the DeskManager system.

The technology provider has adopted the FEX DMS name for its suite of software tools for independent dealers.

Open Dealer Exchange LLC announced an agreement for integration with CUDL, which will provide lenders with direct credit application and contract validation data directly from the dealership management system.

While its announced relationship with GMAC Financial Services made waves at the national dealer convention in Orlando, Fla., the software company made several other announcements during its Feb. 12 press conference, including upgrades to its AAX Inventory management system and further integration with third-party companies and OEMs.