The editor says goodbye to the magazine that introduced him to the amazing world of F&I and the automotive retail industry at large. 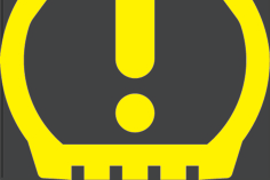 The Repair Is Covered

The editor opens up about his first service-contract claim, which resulted in a covered and repaired vehicle as well as a few lessons.

Saddened by the potential loss of another piece of his childhood, the editor tries to put the pieces together when he realizes there’s a good lesson to be learned in a toy retailer’s likely demise.