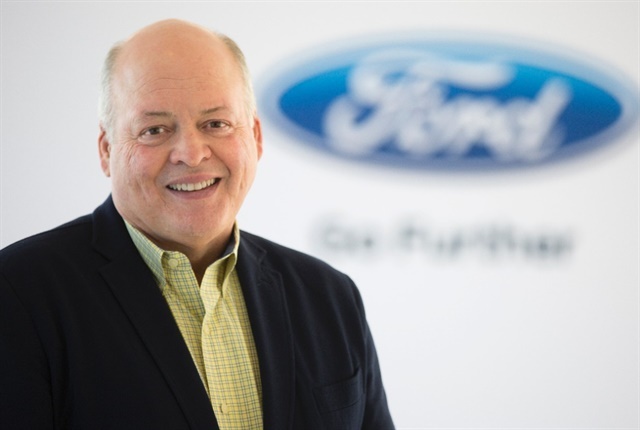 The company is also pursuing global partnerships in manufacturing and mobility to share the expense of developing new technology, including self-driving cars and battery-electric vehicles for China.

Ford plans to reduce costs by 50% through 2022 by eliminating $14 billion in costs, including $10 billion in material cost reductions and $4 billion in engineering costs, by using more common parts, reducing order complexity, and building fewer prototypes, according to the company.

Hackett, who became president and CEO on May 22, laid out his plan for investors in New York City on Oct. 3. Hackett said he has set a long-term goal of an 8% automotive operating margin.

Ford will shift $7 billion in capital from cars to SUVs and trucks, including the Ranger and EcoSport in North America and the Bronco globally. Ford will build the next-generation Focus for North America in China to reduce costs. Ford is also planning to reduce internal combustion engine expenditures by one-third, and shift those savings into electrification in addition to the $4.5 billion already allocated.

Vehicle connectivity has become a key plank in the plan, as Ford plans to install 4G LTE modems by 2019. By 2020, 90% of Ford's global vehicles will be connected.

Ford will also continue to develop partnerships. Ford is exploring an alliance with Mahindra Group in India and may partner with Zoyte to develop low-cost battery-electric vehicles for China. The company has also partnered with Lyft and Domino's Pizza to research the customer experience of delivery services.

Ford has also set up an internal team known as "Team Edison" as it begins rolling out 13 electrified vehicles in the next five years.