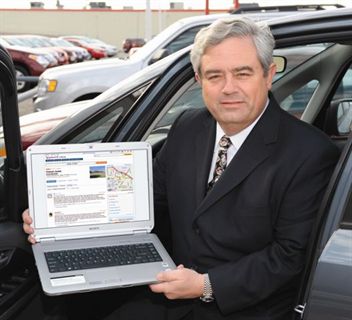 When it comes to online reviews, the stories being told may not tell the entire story.

Gary Chaney, the group’s CEO, says customer satisfaction has always been the name of the game for the 60-year-old operation, and it has the awards to back it up. The dealer group earned Suzuki’s President’s Club Award in 2006 and 2007 for sales and service. The dealership also has been recognized by Baylor University and the Texas Historical Commission for its business success. It even made Inc. magazine’s list of the nation’s 5,000 fastest-growing private companies.

“We like customer service,” Chaney says. “We even try to keep the same employees at each location, so when customers come in they see the same faces all the time.”

The problem is, that’s not the story being told online.

A quick Google search reveals that the dealer group received an average of two out of five stars from 15 reviews. Customers either loved or hated Chacon Autos.

Chaney says the reviews are the byproduct of working in special finance, a market the dealer group was founded on in 1950. Chaney points out that many of the less favorable reviews come from disgruntled customers upset about their vehicle being repossessed. He understands their frustration, but says the reviews don’t tell the full story — especially considering the fact that nearly a third of the dealership’s sales come from repeat customers.

“I’ve never had a lot of confidence in those [ratings], because I know our customers like us,” he says. “Thirty percent of our business is repeat customers. That’s what our business is built on.”

Still, in today’s Internet age, Chaney knows his organization needs to get out in front of this new word-of-mouth medium.  That’s what Chaney’s daughter, Stefani Musick, the dealer group’s controller, is now attempting to do. She recently established accounts on Facebook, Twitter and LinkedIn for Chacon Autos and says her goal is to use those platforms to market the dealer group, tout its vast inventory and distinguish it from the competition.

“Right now we’re using social media to market ourselves, to get some followers,” Musick says. “I guess we’re still in the infancy stage, but, ultimately, it would be great to get some customer feedback.”

Reputation management is not a new concept to the industry. Manufacturers frequently track what consumers think of their vehicles and their franchised dealerships. Dealers also conduct their own surveys to learn more about the experience they offer consumers. The difference now is that consumers can broadcast what they think via blogs, social networking sites like Facebook and Twitter and, in some cases, the dealership’s own Website.

“Consumers have always talked about their experiences with brands and products,” says Jared Hamilton, founder of DrivingSales.com, a vendor rating Website. “Now, with the Internet, it’s in a public setting,”

More consumers are turning to that public setting as part of the car-shopping process. According to a recent J.D. Power and Associates study, about eight out of 10 new-vehicle buyers who turn to the Web visit at least one third-party site. One of the most popular sites for doing just that is Edmunds.com, which features customer ratings and reviews of dealership sales and service departments.

The study also found that, while consumers are not heavily influenced by peer reviews, they still read them before making a major purchase. “People tend to seek out reviews when they are about to purchase a big-ticket item and they are reading the reviews to make themselves feel more comfortable with spending that money — like they have done their homework,” Forrester’s Reineke Reitsma wrote in a recent blog. “But, in the end, it’s their own judgment they rely on.”

DrivingSales.com’s Hamilton says customer ratings and reviews in today’s social media world come in two formats: structured and unstructured. Structured reviews can be found on Websites such as DealerRater.com, a car dealer review site featuring more than 30,000 U.S. and international dealers. In these reviews, customers grade dealerships based on customer service, quality of work, friendliness, price and overall experience.

It’s the unstructured reviews — in which customers discuss their experience at a dealership with friends on social networking sites like Facebook — that Hamilton says dealers need to pay attention to. “You need to be cognizant of how people are talking about you, even if they are not filling out a form,” he says.[PAGEBREAK]

Some dealerships, like Chacon, choose to manage their online reviews in house, while others have turned to third-party vendors. Hamilton offers a bit of caution to dealers who have opted to outsource their online efforts. “Social media didn’t exist at this scale three years ago,” he says. “These solutions are just being invented.”

ADP Dealer Services and Reynolds and Reynolds both offer online reputation management solutions. Aside from monitoring social media sites, both companies’ solutions include consultation services that teach dealers how to handle negative commentary. They even offer recommendations for attracting positive brand awareness among consumers.

Another company offering similar services is Riverside, Calif.-based eXteresAUTO. It offers a solution that aggregates reviews and complaints, tracks social media sites and sorts reviews based on keywords. The company’s trainers then go one step further, helping dealers organize the reviews and use customizable e-mail templates to send responses. Like anything that goes on at the dealership, Merla Turner, director of dealer training for eXteresAUTO, says success with services like hers needs to start from the top.

“We know we’re dead in the water if we don’t get the owner or GM buying in,” she says. “It really does require a culture change at the dealership.” 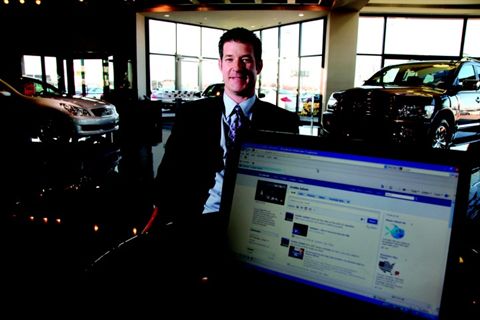 When it comes to selecting an online reputation management company, DrivingSales.com’s Hamilton says dealers should be wary of companies offering to “improve” or “fix” their dealership’s reputation. They may not be able to deliver on that promise or, even worse, may provide unexpected and unwanted results.

BMW of San Antonio learned that lesson the hard way. The store was caught with fake online reviews after an investigation by San Antonio’s ABC News affiliate, KSAT 12, revealed they came from a paid service. When reporters contacted the dealership’s general manager, John Bruns, he confirmed that the dealership hired a company called Review Boost to contact customers and generate actual reviews. He said the dealership also questioned the authenticity of the reviews after viewing them online, and had since canceled the service.

However, Hamilton says instances like that will do little to curb the online marketing race. “People are social beings. Whether they talk face to face or online … they’ll always be talking about the industry,” he says.

Three years ago, Randy Powell was tasked with creating a positive conversation about his dealership. Powell is the general manager of RBM Atlanta-North, a Mercedes-Benz dealership in Alpharetta, Ga., 22 miles north of Atlanta.

The dealership opened in late 2007 — at the start of the recession — and faced an undeveloped market and stiff competition from other local high-line stores. “The first year we opened was a challenge,” he recalls. “[We had] no client base. We knew we needed a strong online presence.”

After a few false starts, the dealership partnered with eXteresAuto. Powell says he made it clear to the company that he wanted authentic and genuine survey results, not just perfect fives across the board. He adds that he now has a firm grasp of how to handle negative comments.

“We generally don’t try to rebut it, because it gives the comment a lot of prominence,” he says. “We also will adjust our templates to surround it with love and a lot of good reviews to make sure it’s not the most prominent.”

So far, the approach has led to some positive results. “We have the most reviews and better placement than other stores,” says Powell, who adds that the dealership has managed to capture 20 percent of Alpharetta’s new-vehicle market and 35 percent of its used-vehicle market. Powell now has his sights set on fixed operations and is employing eXteresAuto’s tools to create e-mail campaigns he hopes will boost business for RBM’s service department.

George Grubbs III, executive manager of Grubbs Infiniti in Euless, Texas, managed his dealership’s online reviews before he outsourced the work to a third-party company. It was hard work: At the end of each month, he would compile a list of customers who returned favorable manufacturer surveys and contact them by e-mail. He would include hyperlinks to several highly trafficked Websites and ask the customers to post a review.

“I did this for a year, and the result was very few [customers] taking me up on my request,” he says. “Instead, we got almost no good reviews and most bad [reviews were] from upset customers wanting to rant. There was no balance.”

After doing some research, Grubbs turned to Advantix Marketing, a Dallas-based Web marketing company. “They take the same list I compile at the end of the month and call the customers to get permission to post a review on their behalf using their initials,” he says. “Only those customers they make contact with and get permission from get reviews posted. … It really is a clean process, one we could do in house if we had the manpower.”