Between the push to restore dealers’ rights, efforts to loosen up consumer financing, and what’s happening on the financial reform front, there is a campaign underway to restore a key industry lifeline: dealership financing. On the frontlines of this push are Doug Greenhaus and Paul Metrey.

Greenhaus, director of environment, health and safety for the National Automobile Dealership Association (NADA), is at the forefront of the industry’s attempt to reopen dealer financing through the Small Business Administration (SBA), a federal agency that came to the industry’s aid during the 1980s recession.

Metrey, director of regulatory affairs for the NADA, is leading the industry’s charge to reopen the asset-backed securities market, a key source for funding for many of the major players in the industry. He and his team were instrumental in making sure retail, lease and dealer financing were included in the Term Asset-Backed Securities Loan Facility (TALF), which was created in late 2008 and began making loans last March. According to Metrey, the most urgent objective is to get lawmakers to expand TALF beyond its March 31 deadline.

The NADA estimates that the industry has lost approximately 2,000 dealers since the recession took hold about a year and a half ago. And while the association’s phones aren’t ringing off the hook like they once did, stories of dealer losses continue to dominate the headlines of local newspapers throughout the country.

On Dec. 1, The Daily Inter Lake in Montana published an article detailing the closure of Kalispell’s Scarff Auto Center. The dealership was one of the 1,124 General Motors dealers that learned last May that its franchise agreement would not be renewed beyond October 2010. On its Website, the dealership listed three factors that led to its closing after 16 years in operation, one of which was a “major change in attitude among banks toward the dealer business.”

In another story published in the Pittsburgh Tribune-Review, Michael “Mick” Wolcott talked about his battle to secure mortgage loans and a permanent line of credit for his two Chrysler dealerships. He told F&I and Showroom that his situation is not as dire as it is for others in his area.

“I’m in a more fortunate position than a lot of dealers in Pittsburgh,” he said, after telling a story about a dealer friend of his who was rejected by six different banks for dealer financing. “It’s like the perfect storm. We’re being hit from all sides.” 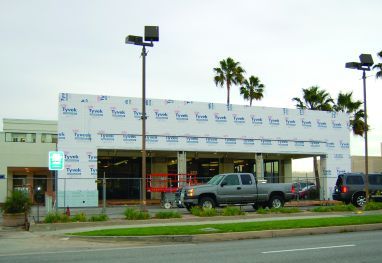 With auction companies stepping up to help dealers finance used vehicles, financing for new-vehicle inventory is what’s really needed right now. However, access to commercial real-estate loans also is a major need among dealers, as many are looking to take advantage of record low interest rates to open up new dealerships or to refinance mortgages to gain some financial relief.

The problem, according to insiders, is that 90 percent of dealer financing has traditionally been handled by a dozen or so lenders, many of which have either cut back or ceased their floorplan operations. And with the GM and Chrysler bankruptcies souring the taste buds of possible newcomers, the NADA’s hope is that its efforts will at least get those lenders with a history in dealer financing back to the table.

In the industry’s favor is the fact that floorplan financing has historically been a very well-performing line of credit with typically low loss rates. Even when GM and Chrysler went through bankruptcy, the upheaval many ratings agencies predicted never occurred.

“The immediate situation from many market participants was for [current market] circumstances to cause a drastic slowing of payment rates on floorplan ABS collateral and spur rating downgrades,” wrote ratings firm DBRS in a Sept. 29 note. “Thus far, this situation has not materialized.”

As plans to restart auto finance began to materialize last fall, the NADA quickly deployed a strategy to keep dealers in the government’s attempt to rescue GM and Chrysler — efforts that went public when it testified before Congress last December. And while the association was successful in getting auto financing included in the TALF program, the impact of those efforts haven’t been felt until recently.

“The first TALF deal for floorplan financing didn’t happen until this fall,” said Metrey. “The structure was in place, but because floorplan ABS notes could not secure the required triple ‘A’ rating, they were not eligible to be funded by TALF.”

The NADA — knowing TALF was only part of the solution — then moved to get 32 U.S. Senators to send a bi-partisan letter to President Obama last April. It requested that the SBA’s lending capacity and equity requirements be expanded to dealers. By July, the SBA launched the Dealer Floor Plan Pilot Initiative, which provided lenders with a 75 percent guarantee for loans of up to $2 million. Unfortunately, even that wasn’t enough.

“We thought it was a pretty attractive package, but it didn’t work like we thought,” said Greenhaus. He added that the lack of infrastructure to support dealer financing is one of the biggest challenges for lenders without a history in floorplan financing. For those with a history, the challenge is getting the SBA and floorplanning departments within these lending institutions to work together.

According to the SBA, 31 loans were made under the pilot program as of December. The low turnout led the NADA to commission a lender study to identify what it would take to attract sources to the program.

The survey, which was conducted by Connections Insights LLC between August and September, garnered responses from seven captives, 13 banks, six nonprime finance sources, 11 credit unions and three floorplan financing companies. At the time, only three of the 41 surveyed said they were considering entering the dealer financing market.

The study resulted in 14 suggested program enhancements, all of which were contained in a letter sent to the SBA on Oct. 26. Recommendations included raising the loan guarantee to 90 percent, which Congress has authorized in the past for general SBA business loans, increasing the maximum loan amount from $2 million to $5-$10 million, and extending the program beyond its Sept. 30 end date. The trick now is to get approval from Congress, a feat Jonathan Swain, a spokesman for the SBA, said is possible.

Despite floorplan financing being relatively new to the SBA, Swain said the agency is looking to play a permanent role in that part of the business. He added that the low turnout for the program was expected, as he said the goal all along was to get lenders back to the table.

“This was an opportunity for us to step up and find a way for the SBA to address a gap in the marketplace,” Swain said. “If this is something lenders are attracted to and if we can build more points of access for this type of financing, the feeling is that in the future, if we encounter another economic crisis, the market for floorplan financing will not be hit as hard.”

Hoping to fill the floorplan financing gap, the SBA, working with the NADA, launched the Dealer Floor Plan Pilot Initiative in July. As of December 2009, only 31 loans were made under the program.

Based on the low turnout, the NADA commissioned Connections Insights to survey finance sources to identify what changes needed to be made to the program to entice them to participate. After receiving responses from 40 participants, the NADA submitted a letter to the SBA on Oct. 26 containing 14 recommended program changes.

Here’s what was listed:

• Allow both depository and non-depository institutions to participate if they have “experience” or if they are “less experienced,” but can demonstrate a reasonable ability to do so, even with no existing business relationship with an applicant.

• Allow loan advances up to 100 percent of wholesale value for the purchase of additional inventory or to refinance an existing floorplan line.

• Raise the maximum guarantee from the variable 60-75 percent to a flat 90 percent, and support an extension of the 90 percent American Recovery and Reinvestment Act guarantee.

• Recognize the degree to which lenders outsource floorplan software and servicing and reduce or adjust in-house lender qualifications commensurately.

• Allow lenders to charge above the 2 percent cap on extra-ordinary servicing fees and continue to waive SBA borrower fees.

• Allow DFP loans to be eligible for securitization, like other 7(a) loans.

• Reduce, or eliminate to the greatest extent possible, any “onerous” lender requirements associated with making SBA 7(a) loans.

• Increase and improve DFP marketing to lenders, dealers, SBA personnel, and other interested parties by leveraging trade association outreach, by contacting all SBA and floorplan lenders directly, and by having local SBA personnel meet with lenders in their area.