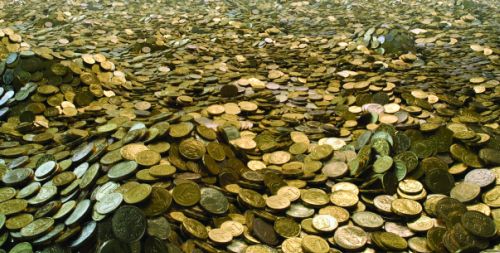 Special finance is still suffering from the hangover caused by the subprime lending debacle, but it is beginning to show signs of life. This realization shouldn’t be a surprise to anyone, especially given the number of consumers who fell on hard times the last few years.

Four years ago, Fair Isaac Corp. reported that the average FICO score in America was about 720. The average score has so far dropped to 671 in 2010. That means the pool of subprime customers is growing, making it difficult for the financial world to ignore.

Consider the mortgage side. Despite the lingering effects of the drop in home prices and the wave of foreclosures that followed, a homebuyer with a FICO score of 580 can qualify for the Federal Housing Authority (FHA)’s 3.5 percent down payment program. Even new borrowers with less than a 580 score can qualify for a FHA loan if they can put down 10 percent. What’s happening is the FHA, which bought up all those bad mortgages from banks, is trying to unload all those foreclosed homes at half of what they were worth five years ago.

Now, it wouldn’t be a stretch to assume that the individuals taking advantage of those programs will also need a car at some point. We can also assume that they’ll need financing to buy one, and that it would be difficult for lenders to ignore this growing customer base for much longer. They see the future and subprime is a big part of it. Credit unions have certainly figured this out.

Profits Will Lead the Way

You may have noticed how aggressively Chase has attacked the subprime auto lending market with its Chase Custom program. On the other hand, you may also have noticed that it’s being especially cautious when it comes to the customers themselves. It’s not uncommon for Chase representatives to contact prospective vehicle buyers directly to verify their information.

It’s also clear that Chase sees a huge profit potential in subprime, especially given the 6 percent decline in auto loan delinquencies last quarter. However, the bulk of the players in the subprime industry are operating more like administrators than lenders. Many of the subprime lenders pool a bunch of loans and then sell them as investment instruments called asset-backed securities, or ABS. Given the higher interest rates on subprime loans, investors can anticipate higher rates of return than other investments — even though the risk may be elevated.

Some of these porfolios can be packaged with insurance to guard against potential losses. There is a lot of money being made in the subprime industry, and large investors are willing to supply the money to support it.

The Fundamentals Are There

The automobile business is still the biggest consumer industry in the nation. The country runs on automobiles and, to a large extent, so does the economy. Even if there wasn’t huge profit potential, neither the government nor the financial system would allow the auto industry to struggle for very long. And given the fact that almost half of all potential buyers have less-than-prime credit, they have to be sure money is available.

So, what does this mean for you? First, subprime loans are going to be a big part of your business in the future, which means you need a game plan for cashing in on this opportunity. You need to develop relationships with as many subprime lenders as you can. While the credit scoring method of approving loans has taken over the industry, subprime lenders are increasingly going back to the old process of building a loan around the customers’ “story” and approving loans based upon their judgment and what you tell them. This is where your relationship with the lender is critical.

Be sure you have the sources you need to get on the comeback bandwagon. Make a few phone calls. Get hooked up with some lenders. You never know which one is going to buy your dealership’s next credit-challenged customer.

George Angus is with Team One Research and Training, a company specializing in scientific, research-based program development and training programs for the automobile industry. E-mail him at [email protected]

Leading the way in subprime auto financing in January was Wells Fargo, Capital One, Toyota Financial Services, Chase and GMAC. The market for this segment, however, remains highly fragmented outside of the Top 10 list.

Seeking out and developing relationships with subprime lenders will be one of the keys to success for
the professional F&I manager. For help, check out F&I and Showroom magazine’s list of special finance lenders at www.fi-magazine.com/FinanceSources.