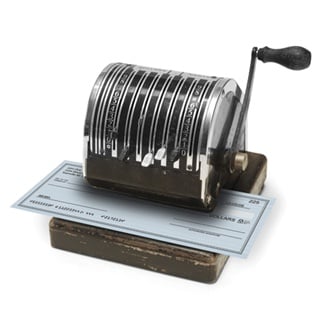 Given the attention auto retailing has received over the years, it might be difficult to fathom that one area has escaped the watchful eye of federal regulators: pay plans. Recent actions by the Department of Labor and heightened awareness for wage and hour laws among employees could change that.

The subject of pay plans was covered in a recent Webinar co-hosted by my company, Compli, and John Donovan, a partner at noted labor law firm Fisher & Phillips LLP. The goal of the presentation was to highlight common misconceptions and best practices to help dealers in an area that’s often challenging, especially when dealing with poorly written, out-of-date and, sometimes, undocumented pay plans.

But there’s good reason to plug this noncompliance hole. The Department of Labor recently hired 250 new investigators to more aggressively investigate employee complaints. Employees also are more aware of employment laws these days, and wronged staffers no longer have to discuss employment matters with their bosses; they can go straight to their lawyer.

Also remember that if a dealership employee sues for wage and hour violations because his or her pay plan didn’t comply with the law, the dealer can be on the hook for three years’ worth of wages. Even if your new guy or gal has been with you only six months, you can bet his or her attorney will track down his or her predecessors until they can build three years’ worth of claims. Remember, a prevailing lawyer automatically gets all of his or her fees paid.

Reality: Most payroll managers will tell you they learned their job from their predecessor, which means their bad practices get carried on from year to year.

Misconception No. 2: “Well, he signed the pay plan and he signed his timecard, so he agreed to this amount.”

Reality: If an employer pays an employee at variance with what he has previously agreed to, it is a potential contract claim.

Reality: The “everyone else does it” excuse doesn’t provide you with any protection, because regulations vary from state to state.

Reality: Yes, a manager can change his pay plan tomorrow, but he can’t go back, change the pay plan and make it retroactive to the first of the month. A change to a pay plan can only apply to future earnings.

Misconception No. 5: “He’s paid a salary, so he’s exempt from overtime.”

Reality: That’s the furthest from the truth. Before we get into some best practices, there are two things you need to remember about pay plans: First, pay plans are wage and hour documents that have to comply with both state and federal wage and hour laws. Second, pay plans are contracts. When you write up a pay plan and hand it to your employee, you are effectively telling him or her, “If you do these things, I will pay you this much money.” Not only is that document legally binding, it’s enforceable in court. Even if it’s not in writing, it’s at least a verbal contract which is enforceable in court.

One thing people don’t realize is a contract is construed against the party that drafted it. That being said, let’s review some best practices:

• EVERY employee should have a written pay plan that’s signed and dated by the employee.

• The pay plan should be drafted so that even a layperson who is unfamiliar with the car business can understand what it means.

• The pay plan should spell out in detail how the employee will be paid — salary, draw or commission — and how the money will be calculated.

• The pay plan should include all aspects of the compensation: hourly, salary, commissions, bonuses and spiffs. If it’s not clearly delineated in the pay plan contract, there could be a problem.

• If there are special contests that aren’t in the pay plan, they should be documented with the same amount of seriousness and accuracy as a regular pay plan.

• If a guarantee is included, make sure the plan states that it is a guarantee of compensation, not employment.

• Decide if the employee is exempt from overtime or not, and be sure he or she is aware as well.

• Pay plans shouldn’t contain non-pay-related matters such as vacation or insurance. Those items should be covered in your employee handbook.

• Pay plans are prospective in nature. The contract is formed the moment the salesperson sells a car and the business is obligated to pay in accordance with that sale.

• Revise and resign a pay plan whenever there is a change. Don’t issue amendments on top of amendments.

I know it’s mind boggling to sift through all these misconceptions and best practices, so let me leave you with some excellent advice to get your pay plans up to speed. First, call your local or state dealer associations and find out what requirements apply to your state. Then pull up all of your pay plans and review them to make sure they’re up to date.

If they’re not up to date, fix them. It doesn’t have to be today, but make it your goal to have all pay plans updated and signed by employees by early 2011. You won’t just be cleaning up your files from 2010; you’ll be starting the new year off cool, calm and compliant.

Lon Leneve is president & CEO of Compli, a provider of human resources and compliance management software for auto dealerships. E-mail him at [email protected] Nothing in this article is intended to be legal advice and should not be taken as such. All legal questions should be addressed to competent counsel.

All the issues discussed in this article are addressed in the “Pay Plans: Best Practices, Rules & Misconceptions” Webinar. To watch for free, visit: http://bit.ly/buu7T3.