The Internet department at Cincinnati’s McCluskey Chevrolet is always looking for the latest tool to keep a digital lead in the palm of their hand. Lately, their tool of choice has been a text chat solution that allows them to answer questions posed by smartphone-wielding customers.

“We have a lot of focus [on texting] ... We expect this number to continue to grow as texting becomes the globally preferred form of communication, and [we] feel confident that our vision in technology has prepared us to meet this challenge.” Wessendorf says. “It’s the wave of the future, and you have to be ahead of the game.”

Preparing for that game requires a keen awareness of the tendencies of Generation Y, which industry analysts at J.D. Power and Associates refer to as young Americans born after 1997. Of the roughly 313 million people in the United States, Gen Y makes up the largest percentage of the four main generation groups with about 80 million members — the majority of whom communicate by texting on smartphones.

“This is a generation that grew up with electronic communications as a de facto way of life,” says Tim Dunne, director of global automotive analysis for J.D. Power and Associates.

Game Prep
Gen Y’s access to and familiarity with a broad range of telecommunication devices has given them the ability to shop a wider area of dealerships and investigate more brands, all in a shorter amount of time and from their couch, Dunne points out. That’s why dealers are investing in tech tools that cast a wider net to capture and convert tech-savvy leads into buyers.

That was the thinking behind McCluskey Chevrolet’s early adoption of a chat feature for its website, where potential buyers are greeted by a brown-haired, blue-eyed virtual assistant named “Linda.” But with car buyers increasingly using their smartphones as shopping and research tools, Wessendorf says the dealership had to extend the chat feature to the dealership’s mobile shoppers.

“It’s just something you have to have on your site,” Wessendorf says, adding that web and mobile chat, combined, cost $99 per month. “If someone doesn’t want to e-mail or wait for a telephone response, this is an instant way to talk. And it generates leads.”

Customers who visit the dealer’s new mobile site via a smartphone will immediately find a tab on the screen that reads: “Questions? Text Chat Now.” Once customers click on the tab, a screen pops up and prompts them to type in their name, mobile number and their question. Within minutes, a sales rep responds with a text.

But converting leads into sales isn’t the only thing the chat feature is good for. Keith McCluskey, the dealership’s CEO, says the feature also helps drive service work.

The sales team at Keystone Chevrolet in Sand Springs, Okla., is also discovering the many uses of text chatting. Over the holidays, for instance, the dealership ran a “12 Days of Christmas” text-messaging campaign in which customers were invited to text the word “ELF” to 50123 to enter drawings and giveaways throughout the 12-day promotion. Prizes included $50 Visa gift cards, Nikon cameras, portable DVD players and a Nook tablet computer. The top prize was a Samsung Galaxy 2 tablet.

Hurst Spencer, the store’s digital sales and marketing director, says the idea for the campaign was born in-house to help Keystone compete against the other four Chevrolet dealers in the greater Tulsa area. And according to Spencer, about 1,400 new customers opted in to be contacted by the dealership. He adds that the outlet’s number of Facebook fans swelled from about 4,700 fans to more than 6,000. More importantly, the campaign resulted in five vehicle sales.

“We launched the whole campaign on a Friday night on the night of a local Christmas parade,” Spencer says. “We put banners on a float and launched that day. People were opting in from all over the place.”

Keystone Chevrolet also utilizes an online chat platform on its website. It’s managed by a third-party vendor based in Florida that specializes in answering chat questions. Spencer says the more the vendor becomes familiar with the store and its inventory, the better the responses are getting. In the meantime, the dealership’s lead-management system — sourced from Dominion Dealer Solutions — has been great at capturing customer contact information, regardless of where the lead originates.

“We’re trying to make the consumer experience better. It shouldn’t be dreaded, like a visit to the proctologist,” Spencer deadpans. “We’ve programmed consumers for 80 years or so. The burden is on us to put the processes in place and change the overall experience. It’s buying a car. We’re Americans; it should be a good experience.”

The Dark Side
There is a downside to these new technologies, however: The instant connections they forge between marketers and consumers have caught the attention of federal regulators. Dealers must be prepared to grapple with the implications of the evolving rules and guidelines governing customer communications. That’s why Mike Goodman, a partner at the Washington, D.C.-based law firm of Hudson Cook LLP, urges dealers to start accounting for federal standards set to take effect this October.

The rule changes to the Telephone Consumer Protection Act (TCPA) of 1991 were announced in February 2012 by the Federal Communications Commission, which acted to further protect consumers from unwanted telemarketing calls. It’s important to note, Goodman says, that the FCC already determined several years ago that text messaging is primarily used between telephones and is thus considered a call.

The FCC revised its rules to require “prior express written consent for all autodialed or prerecorded telemarketing calls to wireless numbers and residential lines,” and the rule goes into effect Oct. 16 of this year.

It’s a change from the current standard that only requires prior consent. Until the new rule takes effect, if a customer volunteers his or her cell phone number on a credit application, it can be considered consenting to calls or texts. The new standard ups the ante by requiring a written or electronic signature pre-approving calls and text-marketing communication. It also does away with the established business relationship exemption for such telemarketing.

The tricky issue of consent was the focus of two recent rulings issued by the U.S. Ninth Circuit Court of Appeals, which is based in San Francisco and serves as the federal appellate court for the Western states. In both rulings, the appeals court narrowed the consent standard in favor of consumers.

Last October, in the case of Meyer vs. Portfolio Recovery Associates, the court denied an appeal by the debt collector whose collection efforts allegedly ran afoul of the TCPA. The Ninth Circuit upheld a lower court’s ruling that granted the plaintiff, Jesse Meyer, a preliminary injunction and class-action certification against PRA for using an automated dialer to call cell phone numbers obtained via skip tracing.

In rejecting PRA’s case, the court relied on earlier FCC rulings and found that prior express consent is deemed granted only at the time of the transaction.

In another case, Chesbro vs. Best Buy Stores, the appeals court in October ruled in favor of consumer Michael Chesbro, who filed a class-action lawsuit alleging TCPA violations after receiving automated “robot” calls following his July 2008 purchase of a computer from Best Buy.

Chesbro complained of receiving the calls despite being on the national “Do Not Call” list and the store’s internal DNC list. Best Buy argued that the automated calls were to promote the Best Buy Reward Zone, not to sell products. A lower court dismissed the case in Best Buy’s favor, but the Ninth Circuit reversed the ruling. The appeals court found that redeeming Reward Zone points required going to a Best Buy store and buying more goods, so the calls were encouraging listeners to make future purchases at Best Buy.

“In sum, these calls were aimed at encouraging listeners to engage in future commercial transactions with Best Buy to purchase its goods. They constituted unsolicited advertisements, telephone solicitations, and telemarketing, and were prohibited by the TCPA (and other state laws),” the court said in its ruling.

Dealers who use text messaging and telemarketing should take note, Goodman says, because the TCPA allows for a private right of action, meaning that consumers can sue violators without waiting for a federal regulator to intervene. “This is a law that gets people sued a lot and one to take seriously and conservatively,” he warns.

Penalties for TCPA violations begin at $500 per call and can climb to $1,500 per call if deemed a willful or knowing violation, Goodman adds. “If you send 1,000 text messages and are found in violation, you’re looking at $500,000 to $1.5 million exposure in a class-action lawsuit,” he explains.

On the Cheap
Dealerships who know and abide by the rules, however, can definitely find benefits through text marketing, says John Possumato, founder and CEO of Automotive Mobile Solutions. One such example is when customers text a dealership via a customized text code. That action allows a store to begin collecting a wealth of information about the customer, he notes.

Possumato adds one additional benefit: “It’s the only medium where you can’t say that your dealership can’t afford to start this campaign.”

Paul Chavez is a freelance writer based in Venice, Calif. He can be reached at [email protected] 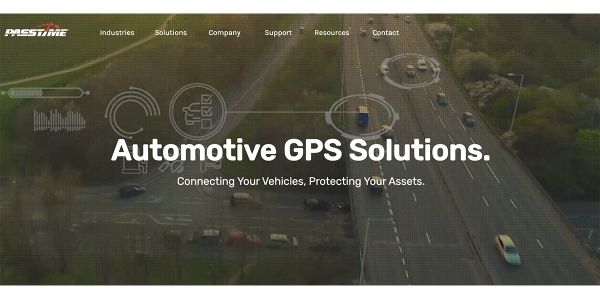 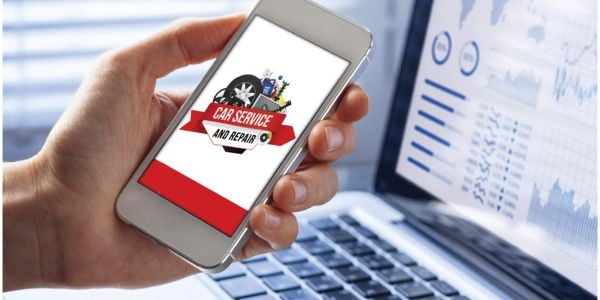 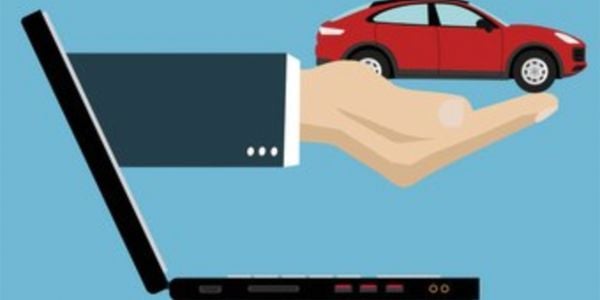 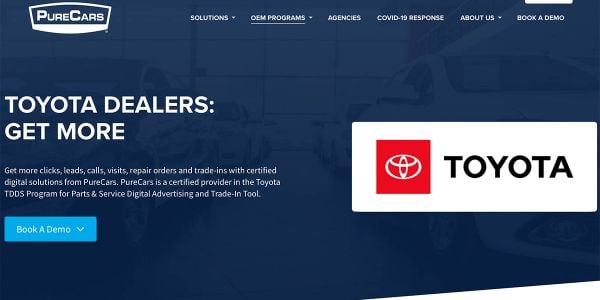 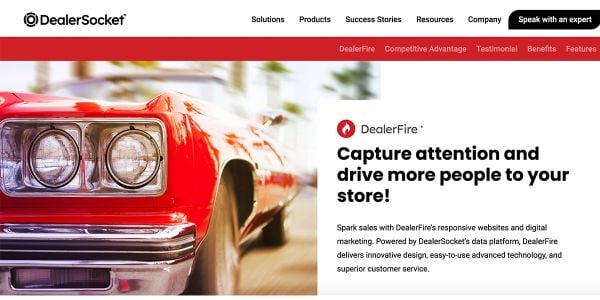 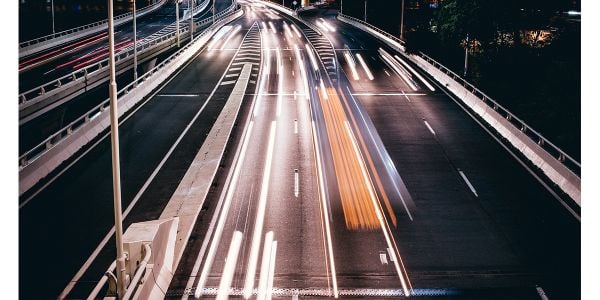