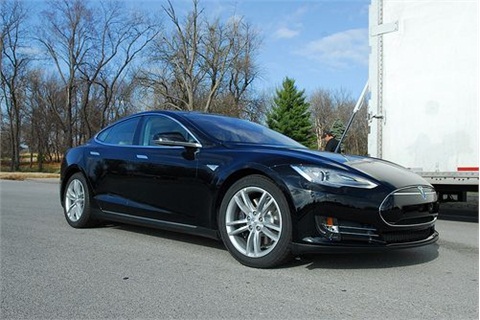 SACRAMENTO, Calif. — In a letter to the California Department of Motor Vehicles (DMV), the California New Car Dealers Association called on the agency to investigate Tesla Motors’ referral program, which the CNCDA said constitutes “bird-dogging.”

On July 29, Tesla announced a new referral program that promised to give new buyers a $1,000 discount if they were referred by a current owner, who would also be rewarded with a $1,000 discount on his or her next purchase or service visit. The program runs through the end of October.

“While many other licensed dealers would like to offer similar referral fees to existing customers, California law flatly prohibits the practice announced by Tesla based on several statutes,” CNCDA President Brian Maas wrote in a letter to the DMV, dated Aug. 26. “A dealer that chooses to disregard these myriad laws and use unlicensed customers to sell cars on its behalf is risking being accused of committing a criminal misdemeanor, which can lead to fines and administrative action up to and including revocation of a dealer's license.”

Under the California Vehicle Code, Maas explained, Tesla customers would be acting as illegal salespeople when they accept the “bird-dog” fee of $1,000. “So, not only is Tesla putting itself at risk, but it is also putting its vehicle owners at risk who may be induced to act as unlicensed salespersons,” Maas wrote, in part.

Tesla faced similar opposition in Virginia, where the Virginia Motor Vehicle Board contacted the automaker within 10 days of the launch of its referral program. In response, Tesla altered the program in the state by directing the whole $2,000 incentive to the vehicle buyer.

“If Tesla is compensating current owners $1,000 for selling a Model S to their friends, they are out of compliance,” said Virginia Motor Vehicle Board Executive Director Bruce Gould of the program. “If a Ford dealer was giving out dinner coupons to customers for referring their friends, we'd say the same thing. What's the difference between selling a vehicle and convincing someone to buy a vehicle? There has to be a line.”

This is not the first time the CNCDA has alerted the DMV to alleged advertising violations on the part of Tesla. Nearly two years ago, the association contacted the DMV about Tesla’s advertised leasing prices, which are based on how much a buyer would save in gas each month. In response, the DMV opened but never concluded its investigation — something Maas said “emboldened” Tesla to launch its referral program.

“When one licensed entity violates the law, it gains an unfair advantage over competing dealers,” Maas added. “Some dealers may even choose to engage in ‘self-help’ in order to compete and offer their own referral programs. This is why the department must immediately step in to restore balance to the market by ensuring Tesla conforms to all applicable legal requirements.”