DETROIT — Car owners’ love affair with new vehicles is stronger than ever, as evidenced by a nine-point increase in the APEAL index from last year — tied for the largest gain ever — according to the J.D. Power 2017 U.S. Automotive Performance, Execution and Layout (APEAL) Study released today.

In this year’s study, the industry average APEAL index increases to 810 points (on a 1,000-point scale), propelled by significantly better scores in nine of the 10 categories measured and 19 of the 32 brands in the study making positive gains compared with 2016.

“Many automakers are getting better and better at giving consumers what they want in a vehicle,” said Dave Sargent, vice president of global automotive at J.D. Power. “The industry is doing a very good job of creating vehicles customers like across every segment, and the APEAL study identifies why this is. One clear reason is that nonpremium vehicles are increasingly offering technology and safety features found in premium vehicles.”

Some of the study’s key findings include:

“Manufacturers are making ever-higher quality vehicles, but this is not coming at the expense of performance, styling, utility or features,” Sargent added.

How Can Your F&I Managers Make More by Selling Less? Preload Your Ancillaries

F&I managers are compensated well to deal with a lot of pressure and are often among the highest paid in the store. Yet with an overstuffed menu of products, it can be a challenge to focus on the few products that yield the highest commission for all of this effort. What if there were a way to lighten that load and help the F&I managers actually make MORE money? 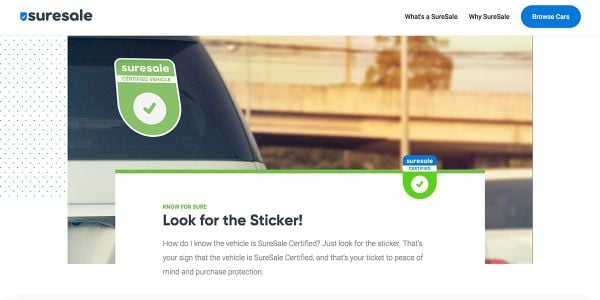 As car dealerships continue to tackle the difficulties of the pandemic, it is important to also acknowledge the ways in which this transformation has moved the needle forward.

The Federal Trade Commission and its regional partners in Cleveland, Ohio, will host a virtual workshop on October 29, 2020 to discuss advertising and data security basics for small businesses.

When the pandemic subsides, I am convinced that the recent lessons learned will give the automotive industry new opportunities to thrive.

The customizable training platform takes Marcom’s expertise from over 30 years of training automotive professionals and helps dealerships plan, organize, and execute a strategic training initiative that will drive operational efficiency and accountability across their store.