I support the Constitutional prerogative of the President to appoint senior officials within the government who support the President’s policy priorities, which ensures our government is responsive to the will of the people as expressed in presidential elections.

The President Donald Trump appointee announced her resignation on Twitter about one hour after Biden was inaugurated. Kraninger, who was appointed in December 2018, said she would leave her post effective immediately.

“I support the Constitutional prerogative of the President to appoint senior officials within the government who support the President’s policy priorities, which ensures our government is responsive to the will of the people as expressed in presidential elections,” Kraninger said in a letter to Biden, which she posted on Twitter.

While at the CFPB, Kraninger rolled back payday lender regulations, finalized debt collection laws and made changes to consumer finance regulations, Bloomberg Law reported. Under her leadership, enforcement stalled in comparison to the CFPB’s former director, Richard Cordray, appointed by former President Barack Obama. During her two-year term, the CFPB collected roughly $1.5 billion in consumer relief. Cordray’s CFPB secured more than $12 billion in consumer relief over more than five years.

Biden has appointed Rohit Chopra, commissioner of the Federal Trade Commission (FTC) and the CFPB’s former student loan watchdog, to a five-year term as head of the agency, PYMNTS reported. Chopra is expected to run the CFPB with a stronger hand, following the landscape laid out by Cordray and the CFPB’s creator Sen. Elizabeth Warren.

Although Kraniger’s appointment was through 2023, a Supreme Court rule challenged the CFPB’s structure in June and found it unconstitutional, giving Biden the ability to appoint someone new, Bloomberg Law reported.

It was anticipated that Biden would appoint a new CFPB director. The CFPB has been tasked with enforcing financial regulations and protecting consumers. Chopra, a Wharton-trained MBA, previously worked as a McKinsey consultant before moving into government.

The Importance of Understanding What Motivates Different Generations

Dealers today understand that the value of personalization can exponentially drive the opportunity of maximizing profit potential — the same is true when selling F&I products to consumers.

February saw another record broken with the Index reaching 130 points for the first time.

February was another record-breaking month, with the Retention Index reaching 130 points for the first time. All segments saw an increase in the Index with Full-Size pickups leading the way – that segment stands 23% higher than it was in February of 2020.

A Micro-Chip Shortage Will Impact Supply – Does it Have to Disrupt the Consumer Shopping Experience Too? 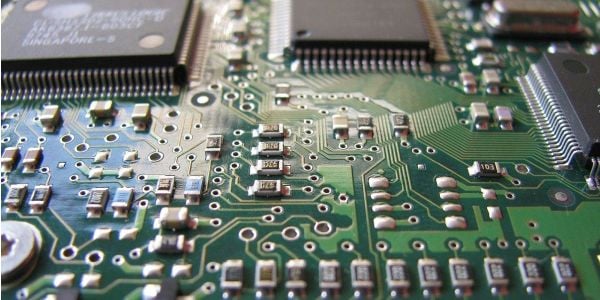 The shortage will make accurate incentives and rebate setting more challenging for the manufacturers. In turn, dealers will struggle with how to set prices and payment offers as a result.

According to the J.D. Power 2021 U.S. Automotive Commercial Lending Satisfaction Study, the difference between good and great dealer-lender relationships comes down to four key steps.

Reinsurance company ownership for key managers is one solution that benefits the entire dealership and reduces turnover. Get the why, when, and how from an expert.