Reports on incentive spending have varied throughout 2007. However, after automakers posted weak sales in September, incentives will continue to be a marketing tool to move vehicles. For F&I managers, that means making sure the dealership’s sales staff has the most current rebate and incentive information. There’s nothing worse than quoting a payment based on incorrect information.

Due to weakness in the housing market and declining consumer confidence, overall U.S. auto sales were down 3 percent from last September, according to Autodata Corp. Ford Motor Co. saw sales plummet 21 percent for the month, largely due to a 62-percent reduction in sales to rental car companies. Sales for Toyota Motor Corp. dropped 4 percent, and Chrysler LLC posted a 5-percent drop in sales. Bucking the trend were General Motors, Honda and Nissan.

And while the Federal Reserve’s interest rate cut in the middle of the month did help calm the market that the tightening mortgage market won’t impact automotive credit, insiders believe its impact won’t be felt for months. The industry is also expected to feel the effects of higher energy prices and a continued slump in markets like California and Florida through the fourth quarter. The question is how incentives will play a role in offsetting weak sales.

“Some may have thought that this soft market would inspire the automakers to increase their incentives to boost sales, but that isn’t happening,” said Jesse Toprak, executive director of Industry Analysis for Edmunds.com, which estimated that the average automotive manufacturer incentive in the United States decreased 7.1 percent from August to September and 10.4 percent from the same month last year. “Actually, many automakers seem determined to stay true to the ‘value pricing’ strategy that sets MSRPs closer to expected transaction prices. Even though this eliminates generous incentive offers that sometimes catch consumers’ eyes, the strategy protects automakers from regularly sending the brand-damaging message that their vehicles are always on sale.”

CNW Research’s September report on August market conditions shows that incentives were given on 62 percent of vehicles sold in August vs. 61 percent in July. It went on to say that August was a mixed bag of good and bad news. The average Manufacturer’s Suggested Retail Price (MSRP) of vehicles sold in August were $31,168, up from July’s $31,149. However, because of bigger incentives, average transaction prices slipped a tad, it reported.

Preparing for the Incentive Rush

Dealing with incentives does seem simple enough: Make sure all sales personnel know all factory programs offered on a specific vehicle. So, why is that important to F&I managers? Some dealerships do require that the F&I manager be responsible for verifying programs utilized by the sales department. For dealerships that don’t, knowing what is available on a different model could be the difference between an F&I manager converting a customer from leasing to financing. The trick is to know which programs carry over. Knowing factory programs is also important when you can’t close the customer on the agreed-to payment and you have to see what’s available on a different model.

Weeding through incentive programs, however, can be a difficult task for an F&I manager. General Motors alone publishes approximately 1,200 incentive programs annually. Plus, manufacturers are constantly tweaking offers throughout the month in an effort to move product.

As an F&I professional, it’s important that you make at least one individual at the dealership responsible for communicating rebates and incentives guidelines. Why? The four main reasons for charge-backs are vehicle eligibility, program-to-program compatibility, incorrect data and geography. Dealers typically use three different modes of managing factory incentives: the “Binder,” factory “VIN Lookup” systems or the “Rebate List.” Let’s review each one.

The three-ring binder is actually a fairly adequate system for keeping track of factory incentives, as long as the manufacturer uses only a few different program types. For a binder to be effective you should only need to visit one or two sections after the rebate or lease section. Once the manufacturer makes you visit three or more sections to work a deal, the days of the binder will be over.

Here are three helpful hints on maintaining an incentive binder:

¬ Use page protectors instead of punching holes in the paper. It is a good idea to keep the old version of a program behind the latest version in case you need to refer back to an old deal. Page protectors make this easier.

¬ Read each program thoroughly once announced. Use a highlighter to accent important notes. Write rules that differ from the norm and note new criteria at the top of the first page. This can also be done in the margins.

Several manufacturers today have VIN Lookup systems. Simply type the VIN into the computer and every available program on that model is listed. Some manufacturers do a good job with program compatibility, which is great when verifying the programs the sales department utilizes. It works pretty well if you switch to or from a buy or lease.

The biggest drawback of a VIN Lookup is that you only get information on the vehicle you entered. For example, if you enter the VIN of a deluxe model, you will never know that the special deluxe model has a bigger rebate or lower lease rate. In short, VIN lookups help once you have landed on a vehicle. However, this process can be extremely cumbersome when trying to determine the best car for the customer.

Here are a couple of VIN Lookup hazards:

Some factory VIN Lookup systems do not update as soon as the program is announced. You may get the jump on the competition and sell more vehicles by knowing about a program a day ahead of others. Imagine how much easier it is to sell aftermarket items when the F&I manager tells the customer that he or she can get more money back from the factory than expected.

Some VIN Lookup systems may list that a vehicle type might qualify for a program, but you still may need to check further. For example: The VIN Lookup might show “Summer Cash Program 1152,” which might be a free sunroof promotion. If the vehicle you are working has no sunroof, it may not actually qualify.

¬ Do not rely on technology alone:

Some dealerships have an in-house person to create and maintain a list of all factory programs. A major benefit of this method is it is easier to share information throughout the dealership, especially when doing side-by-side comparisons between models. Although the list is difficult to maintain at the dealership, customers find it reassuring to talk to people who are well-informed.

¬ A good program list will show easy-to-use programs at a glance: If everyone gets bonus cash on every puchase, show it prominently on the rebate line. If only SOME customers get a program (owner loyalty, for example), then show a footnote with a brief explanation about the program on a separate page.

¬ Separate purchase and lease information: This makes it easier to switch between buy and lease.

¬ Footnote Identifiers: Create easy-to-recognize footnotes that provide a better description of what programs they cover. For example, rather than listing “B12,” use “MP” to represent the military program. For a college grad, use “CG.”

¬ Program Descriptions: Fewer words are better when describing a program. Show only the important items that might disqualify a vehicle from a program.

¬ List Program Compatibility: The most difficult part of using incentives is to know which can be stacked together and which cannot.

4. Technology Can Lead the Way

Technology is also working to streamline a dealership’s management of factory incentive and rebate programs. Vehicle makers provide tools, as do some desking software solutions. However, these systems can be suspect when it comes to determining compatibility with multiple programs. They are good at doing the math, but they still require an individual at the dealership to make sure it is using all the programs available.

There are other methods of managing rebate and incentive programs as well. Instead of making your own list of factory programs, AIS offers its Incentive Reference Sheet to dealers on a subscription basis. It does this by removing all nonessential information about a factory program. The Incentive Reference Sheet can also be customized to better suit the needs of the dealer.

Regardless of the system you choose, just remember this: designate, consolidate, communicate and verify, verify, verify. Making sure you have a point person to constantly check for program updates is crucial. Then consolidate the incentive programs into a summary for everyone to use. And remember, the summary’s format is the key to successful management of all rebate and incentive programs. Determining a method of communicating this information throughout the dealership is also important, as is setting up a verification process.

Moving forward, it would seem that the level of complexity of incentives will grow. This is especially true as competition increases, and as the U.S. market prepares for the arrival of Chinese vehicle manufacturers next year. Sure, it’s all about selling cars and trucks, not rebates and lease programs. However, today’s consumers expect the best value from their new-vehicle purchase.

F&I managers can use incentives to help their bottom line. If your customer was thinking about getting a vehicle alarm or remote start in a few months, zero-percent APR could persuade him or her to buy yours now. The manufacturers are spending big money on programs. Why not help them spend away? It is better to spend the factory’s money than to spend the dealership’s gross.

Troy Ontko is the president of AIS (Automotive Information Systems), a company specializing in the incentive management business. He can be reached at [email protected] 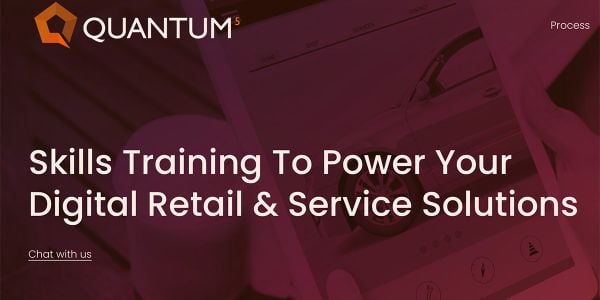 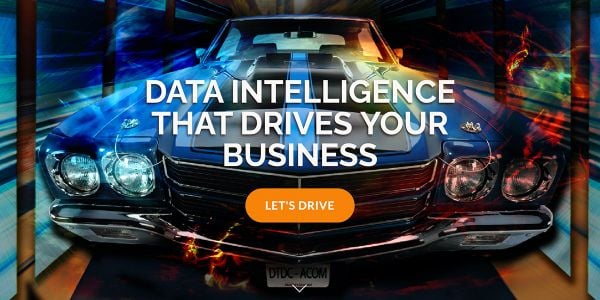 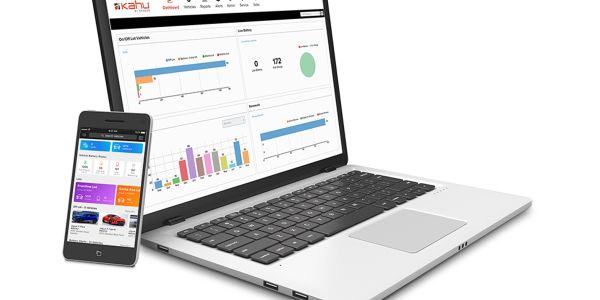 LoJack customers in the U.S. and Canada will benefit from Spireon's expertise in advanced, GPS-based connected vehicle solutions. 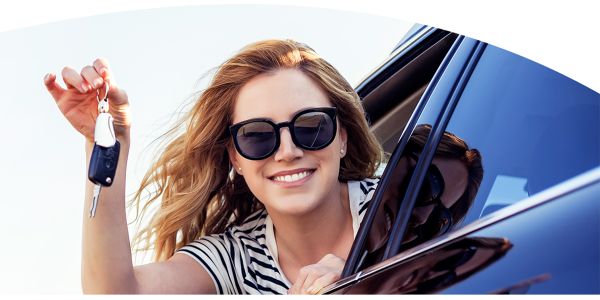 Car Capital has developed a proprietary, web-based platform, Dealer Electronic Auto Loan System to give every dealer partner the power to approve 100% of consumers, regardless of credit history, that come into their dealerships.