“In many cases, owners simply prefer to use their smartphone or tablet because it meets their needs; they’re familiar with the device and it’s accurate,” said Kristin Kolodge, executive director of driver interaction & HMI research at J.D. Power. “In-vehicle connectivity technology that’s not used results in millions of dollars of lost value for both consumers and the manufacturers.”

There are 14 technologies that at least 20% of car owners said they did not want in their next vehicle, including Apple CarPlay, Android Auto, in-vehicle concierge services and in-vehicle voice texting. Among Gen Y owners, the number of unwanted features ballooned to 23, specifically technologies related to entertainment and connectivity systems.

The report also found that owners said technologies that were not explained by their dealer had a higher likelihood of never being used. Additionally, features that were not activated when the vehicle was delivered often resulted in the owner not even knowing the technology existed in their new vehicle.

The technologies which owners most often wanted were those that enhance the driving experience and safety. Those technologies included vehicle health diagnostics, blind-spot warning and detection, and adaptive cruise control.

“The first 30 days are critical. That first-time experience with the technology is the make-it-or-break-it stage,” said Kolodge. “Automakers need to get it right the first time, or owners will simply use their own mobile device instead of the in-vehicle technology.”

Vehicle insurance is now an automated part of the Darwin F&I process. 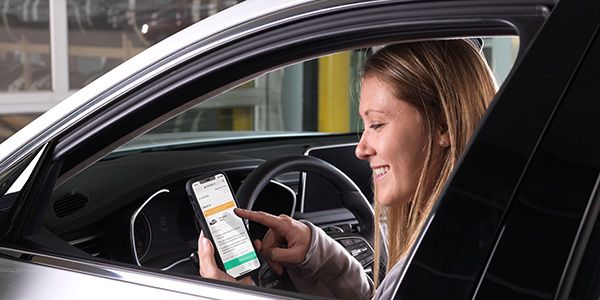 Your customers demand ease and digital interaction throughout the service experience, and you need the efficiency that brings to your service department. Let’s explore some opportunities for that win-win situation.

In today’s dealership environment, strong data is the play. But keep in mind, it’s not just technology, it’s about the dealership experience.

A new line of credit will provide dedicated capital for TRADE X to expand its global B2B automotive trading platform across North America and beyond.