SAN FRANCISCO — Lyft has a new partner in its drive toward building a fleet of self-driving vehicles. On Monday, General Motors announced it is investing half a million dollar in the software startup. The investment grants GM a seat on Lyft’s board.

The automaker's investment was part of a new $1 billion round of funding Lyft closed on Monday. The plan is to eventually release GM self-driving cars within Lyft’s ridesharing service.

“We see the future of personal mobility as connected, seamless and autonomous,” said GM President Dan Ammann in a press release. “With GM and Lyft working together, we believe we can successfully implement this vision more rapidly.”

Additionally, the companies will form a series of national rental hubs where Lyft drivers can rent short-term vehicles, allowing people to drive for Lyft without using their own vehicle.

“The raise and collaboration with GM are exciting milestones in our three-year history that continue Lyft’s leadership in redefining traditional car ownership,” said John Zimmer, Lyft's president and co-founder. “We are thrilled to take this momentum into the new year and continue improving life in our cities through more affordable, accessible and enjoyable transportation.”

In October, Lyft reached an annual gross run rate of $1 billion and surpassed 40% market share in San Francisco and Austin, according to the firm. In its three years of operation, Lyft has raised more than $2 billion. The ride-sharing company’s seven million rides per month in more than 190 cities makes it the fastest-growing ride-share platform in the United States, according to Lyft.

As of this latest round of investments, Lyft is valued at $5.5 billion, post money, according to the company. 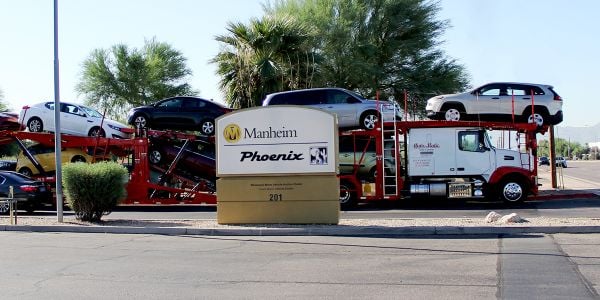