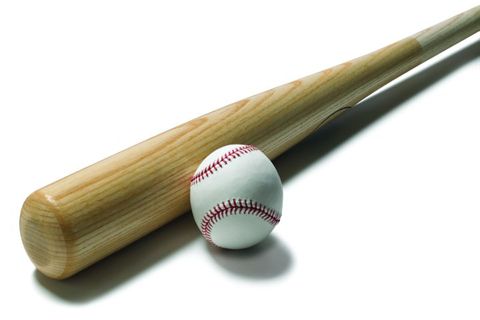 In May, the National Alliance of Buy Here, Pay Here Dealers (NABD) held its annual conference at Las Vegas’ Venetian Resort Hotel Casino. The association’s founder and show chair Kenneth Shilson announced an attendance of 1,650 dealers and exhibitors, a 15 percent increase from the prior year. Further growth could push attendance past 1,900, a mark set several years ago when dealers of all stripes were thriving in a more favorable economic climate.

Since then, thousands of independent dealers have shut their doors. But the NABD still counts nearly 10,000 members across the United States and beyond. The magazine caught up with Shilson to learn why BHPH continues to grow, and what the future may hold.

F&I: This year’s event attracted significantly more attendees than last year’s show. What is the source of the increased interest in BHPH?

Shilson: Well, it’s really interesting. One of our speakers asked how many dealers in the crowd were there for the first time, and half the room raised their hands. We saw a significant number of franchised dealers. Many of them were displaced GM or Chrysler dealers, as you might expect, but many others still have franchised operations.

F&I: What changes have you made to the conference to accommodate new-car dealers?

Shilson: First, we made the move to The Venetian, and we’ll be there for the next two years as well. Franchised dealers expect a high-level venue. They also like interactive sessions, so we added more panels and discussions. I had predicted that special finance would take a long time to come back and those lenders would not reenter the market anytime soon. Now it seems special finance actually is starting to recover.

Shilson: Smart franchised dealers will always offer a broad range of inventory. Many of them are sitting on a [used-car] goldmine. Buy-here, pay-here is the sweet spot of auto retail — those sales are not controlled by their manufacturers, and they can see the profit potential. A franchised dealer friend of mine from Charleston, S.C., was there. He started a BHPH operation several years ago. I remember that he was reluctant at first, but now he says it’s the best move he ever made.

F&I: The past few months also have seen a gain in momentum for the Brownback Amendment, which would exempt dealers who secure third-party financing from financial reform legislation. Has there been any effort to exempt BHPH dealers as well?

Shilson: The BHPH business will not get a get-out-of-jail-free card. I wish it would. We have worked closely with the NADA and talked with their legislative people, but more effort on behalf of independent dealers is needed. One of the NADA’s board members, Dave Westcott, agreed with me on that point. But he also said I need to stop referring to BHPH as alternative financing, so I’ve gotten away from that. We may one day need to move away from the term “buy-here, pay-here.” It’s stained.

F&I: What would you say to legislators who group BHPH in with predatory lending practices such as payday and title loans?

Shilson: We definitely should not be in that same barrel. I would say that if they think the government can head off another financial crisis with more regulation, they’re wrong. What will really happen is people will find “alternative” financing on their own, and that will create a black market.

F&I: Last November, you released the results of a report on payment assurance technology that was years in the making. What surprises did you encounter along the way, and how have dealers and lenders reacted to your findings?

Shilson: People were generally surprised that the per-unit default reduction rate was greater with code-based starter-interrupt devices than with GPS devices. I attribute that to two factors: First, GPS is the newer technology, so we really haven’t had enough lifecycle to make a fair comparison. Second, GPS is a reactive technology; code-based is proactive. I believe the future is combined-technology devices. Whether it’s GPS, code-based or combined, our study found that using the devices resulted in greater savings than cost.

Based on their track record, I have become a proponent of the technology. And if you’re a dealer who is new to buy-here, pay-here, you need to find ways to mitigate risk. Prior to our conference, we met with Jack Tracey and the board of the Payment Assurance Technology Association. We asked each board member to contribute data from their biggest users — “power” users, as I call them — to help us prepare the next study.

F&I: What does NABD have planned for November’s Underwriting and Collections Conference?

Shilson: You’ll see a more in-depth program with dual tracks. Areas of focus will include finding capital, regulatory compliance and setting benchmarks. For the collections track, we have invited two companies that are involved in license plate scanning technology, which is already in use in law enforcement and could be the wave of the future for dealers. Also, the show got too big for Houston, so we moved it to the Hyatt Regency Dallas/Fort Worth.

To learn more about the National Alliance of Buy Here, Pay Here Dealers, including membership, education and upcoming events, visit the association’s Website at www.bhphinfo.com. The NABD study, “Payment Devices: Inside the Numbers,” is available as a free download under the “News and Views” tab.

Ken Shilson has never told a new-car dealer that launching a buy-here, pay-here operation would be easy, but he knows that avoiding these five common errors can at least help to increase your chances of success:

Two for the Price of One

Shilson’s take: “My recommendation is always to separate your franchise from your buy-here, pay-here operation. In BHPH, you’re trying to find out more about the customer, their situation, how you can improve their credit. New-car salespeople are taught to sell the car first.”

Wrong Man for the Job

The mistake: Appointing a talented new-car staffer to run the BHPH operation.

Shilson’s take: “Again, the skill set doesn’t translate. A dealer may think, ‘I gotta get somebody I trust to run it.’ So they transfer somebody in from the F&I office and it doesn’t work.”

The mistake: Underestimating the amount of capital required to launch a BHPH operation.

Shilson’s take: “Some dealers think they can start selling BHPH units and ramp it up real slow. You’re either in or you’re out.”

The mistake: Failing to understand the difference between a franchise and BHPH balance sheet.

Shilson’s take: “So often, dealers don’t have the proper monitoring in place. They think they’re doing well, looking at all those paper profits.”

The mistake: Assuming that higher-end used units will bring in more money.

Shilson’s take: “If your competitor is selling $5,000 units and you decide to sell $10,000 units to attract better customers, you’re making a mistake — and you will burn through a significant amount of capital doing it!”