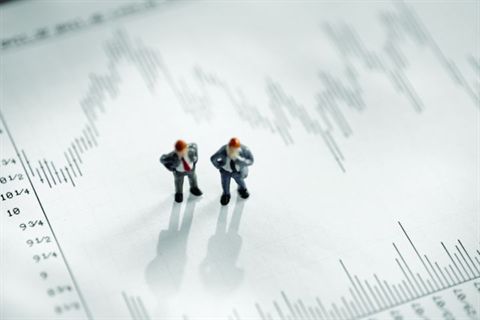 Is the financial situation really getting better? Is the outlook for the car business really improving? Funding to purchase contracts from dealerships is certainly available to finance companies, but has the crisis really passed? Well, it depends on whom you ask.

In June, attendees at the National Automotive Finance Association’s conference had the good fortune to hear Dan Berce, the CEO of AmeriCredit Corp., talk about the company’s last 18 months or so. AmeriCredit’s leaders have always been refreshingly forthcoming in disclosing the company’s financial situation to a greater degree than is required by the Securities and Exchange Commission (SEC), which is a good thing since the company still represents the bellwether of the nonprime auto finance industry.

Two statements really stood out to me as Berce ran through some of the company’s financial trials:

First, in order to survive the horrible state of the securitization crisis, AmeriCredit had to agree to sell 20 percent of the company at a price well below its book value. The SEC required that AmeriCredit’s board sign some sort of agreement that the company would be dissolved if the sale didn’t solve its issues. While that seems like a risky place to be and a gutsy action to take, AmeriCredit probably didn’t have any real choice given the equity requirement dictated by the terms of the company’s warehouse line-of-credit agreement and the equity support requirements needed to execute an asset-backed securities (ABS) transaction.

Second, when the company executed a sort of desperate securitization under the Term Asset-Backed Securities Loan Facility (TALF) in May 2009, the cost of funds for the A-rated tranche was about 15 percent. Thankfully, the most recent securitization, completed in May 2010 under the new equity structure, touted a cost of funds of less than 5 percent. So, yes, things have improved some.

However, prior to 2009, required overcollateralization to execute an ABS transaction was about 10 percent of the portfolio being financed. That requirement is now closer to 25 percent. Significantly higher equity also is required to get an ABS deal done. Leverage has been reduced significantly — maybe a plus in the grand scheme of things — but difficult for most finance companies to handle.

Environment for Banks No Better

The other major players currently in the nonprime finance market are depository institutions (i.e., banks) such as Wells Fargo, Chase Bank, and BB&T through its subsidiary, Regional Acceptance. Even within those institutions — which have virtually unlimited funds being furnished by depositors — the regulatory climate continues to be challenging for these institutions as the federal Office of the Comptroller of the Currency (OCC) seems predisposed to a hearty dislike for any credit level other than “prime.” The agency also has displayed a distinct prejudice against dealerships and the auto business in general.

During the first week of July, I heard a spokesman from JPMorgan Chase’s dealership capital loan segment say that the OCC is so prejudiced that the mere fact that a loan is in place for a dealership may be enough to get that loan classified. Basically, the concept of a dealership obtaining a capital loan without the personal guarantee of the owner or owners is a thing of the past.

Now, this news has nothing to do with the performance of existing loans. Loans made based upon collateral values of land, buildings, inventory, parts, etc., are becoming nonexistent. That is, there must be sufficient cash flow available — over and above the needs of the dealership’s operations — in order to obtain a new or renewed loan. The Chase spokesman even said that the renamed GMAC will soon find that its hands will also be tied, which, no doubt, is why General Motors is attempting to get a new GMAC started, as it seems that auto finance sources may need to be non-bank institutions due to the overzealousness of the OCC.

On another note, let’s say that a dealer principal decides he has had it with the trials and tribulations of the car business and the time has come to sell his successful business. Well, the potential buyer had better have plenty of his own money, because there is virtually no value given to blue sky — that is, the intrinsic value of the dealership over and above the depreciated and risk-graded value of the assets. Hence, most dealerships go unsold and a tired dealer principal and his family and/or senior management are forced to hold on for better days.

In light of the above, what about the possibility of new nonprime finance companies getting started? In many respects, it is the perfect time for a startup. The out-of-control underwriting criteria of 2007 and 2008 are gone, advances to dealers are much more in line with reality, and the opportunity for finance companies to be profitable seems to be better than it has been. However, there still are a few roadblocks ahead; namely, availability of equity capital, availability of warehouse lines of credit and the uncertainty of the future of the ABS market for smaller players.

Perhaps you have a few million dollars and would like to start a modest finance company. Have at it! Dealers and consumers need your help, but be forewarned: You will have difficulty growing beyond the limits of your capital. Leveraging by obtaining warehouse lines of credit is quite difficult due to the reasons previously enumerated. Make no mistake, the banks have plenty of money. It’s just that the regulatory climate makes it very difficult to lend to anyone except those who don’t really need it.

So where does one who wishes to start a company turn? Well, there does seem to be increased interest from the venture capital/private equity market, but moving from interest to actual financial support is quite expensive. Expensive in terms of equity given up, management control issues and the actual cost of the funds. Thankfully, since finance companies cannot obligate their entire revenue stream, operating under those higher costs is highly possible.

The thought is: Pay the higher costs, start small, build slowly with conservative underwriting guidelines and, perhaps, after some indeterminate period of time, some mainstream bank will grant the now not-so-new company a warehouse line of some dimension. Controlled growth can then begin. And assuming that the early period is profitable, the new company will probably be able to retire some or all of that very expensive financial pain that was required to get the company started.

Auto Industry in the Driver’s Seat

If we are to believe economists, then one of the surest and most reliable ways to rebuild the U.S. economy is for the “Big 3” automakers to increase their sales. This would increase employment in the factories and in the dealerships, as well as get money flowing into ancillary businesses such as auto transport, parts manufacturing, etc. In the good old days, something like one in six American workers were employed somewhere along the automobile food chain, so it goes without saying that the recovery of the auto business would dramatically improve the economy.

However, there also have to be auto finance sources available to support those retail sales. Unfortunately, the capacity of finance companies to provide all that financing is not currently sufficient to support much, if any, growth. Something has to give.

An interesting note is that auto finance portfolios have continued to perform with losses barely above normal seasonal fluctuations. While many pundits expected those portfolios to follow the subprime mortgage performance characteristics, the reality is those predictions never materialized.

Inasmuch as the economy is improving, albeit slowly, one would think that somewhere in the spectrum of auto finance that the investment community would find interesting investments. There are capable business teams, excellent and well-proven systems, and a serious need for these types of companies. Surely someone will respond.

Jim Bass is CEO of Auto Acceptance Corp., treasurer of the National Automotive Finance Association and a licensed CPA. He is a frequent speaker at industry events and a leading voice for the subprime, nonprime and BHPH segments. E-mail him at [email protected]